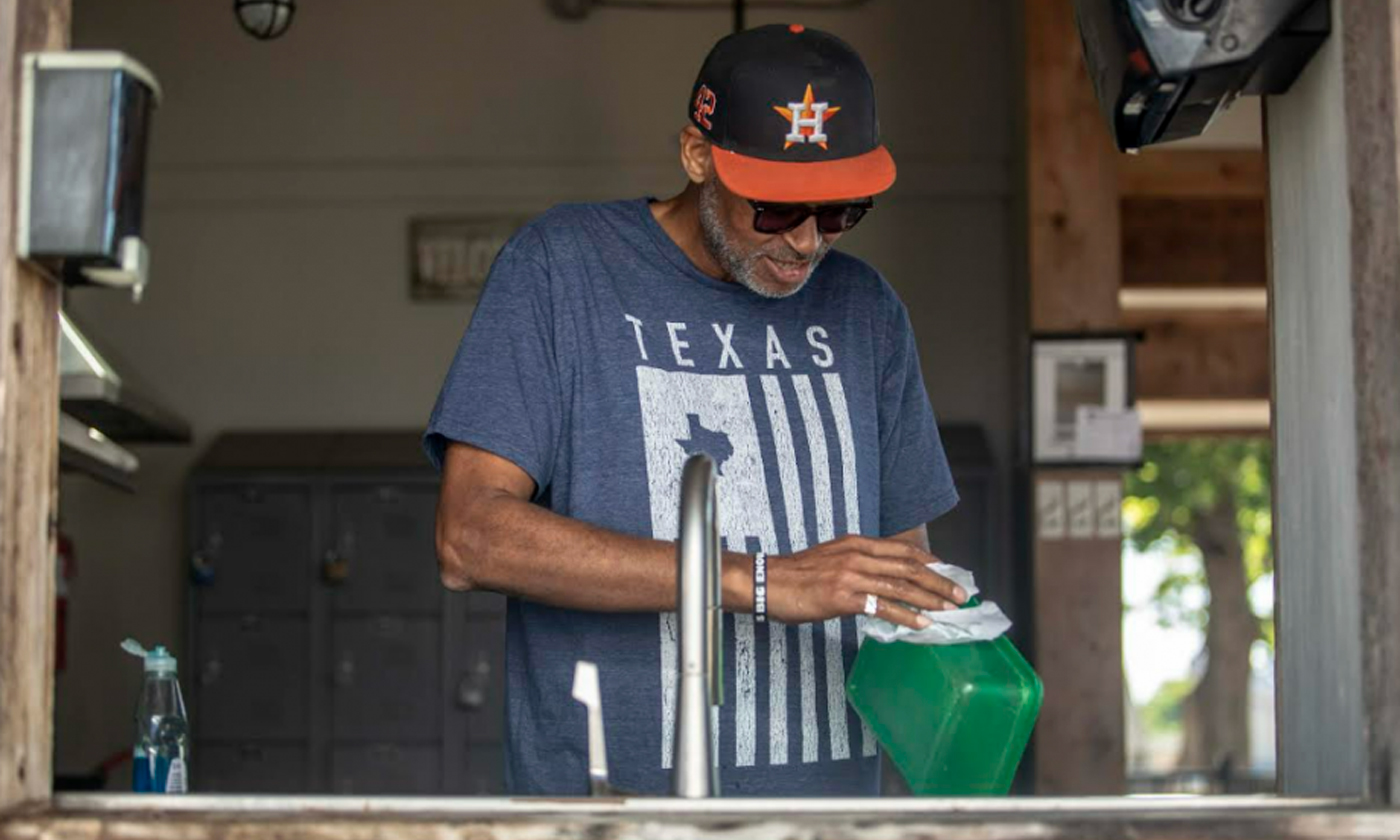 Through a growing planned community, an East Austin faith-based nonprofit is working to reduce chronic homelessness.

When Alan Graham refers to the inhabitants of Community first! Town as “neighbors,” he caters to the community created in this enclave of tiny homes, tiny homes, and RVs that will soon expand beyond his 51-acre lot in East Austin.

Graham, a former real estate developer who started the denominational social action ministry Mobile Bread & Fish (MLF) in 1998 to serve Austin’s homeless community, designed the neighborhood as a way to help people get out of chronic homelessness.

“I started to develop pretty deep relationships with men and women on the street,” Graham says of his work. “In 2003, I started spending the night on the street. I personally spent about 250 nights there.

During this time, he learned about the work ethic of people living on the streets, denying the stereotypes of laziness and homelessness that people hold. According to him, the main cause of homelessness is “a profound and catastrophic loss of family” – sometimes through unimaginable abuse, including forced drug use and sex trafficking while living with relatives and friends. other so-called guardians.

“I learned that the greatest but most inefficient entrepreneurs on the planet are the beggars who stand on street corners, relegated to doing the only thing we allow them to do now, which is to the First Amendment’s right to free speech to beg,” Graham said. .

Nearly 350 formerly homeless people reside in the village, which provides permanent housing and is just outside the city limits of Austin (in Texas, the MLF notes, there is no authority discretionary land use outside municipal boundaries, meaning the village has not encountered any zoning issues). As of March, the Village’s retention rate for residents is approximately 88%. Through a series of new investments, Community First plans to soon triple its footprint.

Graham started the village by helping to set up a homeless man with an RV to live in. Then he did the same for several others. In 2012, he was granted 27 acres of land to build what became the initial phase of the neighborhood. It has since grown into a community of around 350 occupied units, most single occupancy, although there are a few couples among the former homeless residents. About 50 people attracted to missionary work also moved in and volunteered in the neighborhood they joined.

MLF bills the community first! Village as “the only nationwide planned development designed specifically for men and women emerging from chronic homelessness,” but Graham and his wife call it something else: home.

Community First was launched as a mostly private venture, with Graham lining up angel investors to seed the vision and partner with companies to create homes and provide materials for upkeep and upkeep.

A $36.6 million grant from the Michael & Susan Dell Foundation, announced last December, will anchor MLF plans to create 1,400 additional homes for the homeless through a $150 million fundraising campaign. dollars, calling it “an important next step in realizing our broader 10-year Plan to Alleviate Homelessness in Austin.

The City of Austin is now stepping in with fee waivers totaling more than $4 million for the next planned phases of MLF’s community building work, but even now the upcoming phases will largely be donation-driven. .

The community itself generated $1.2 million last year from the various micro-enterprises that MLF has established in the village, employing a number of its residents in the process.

Community First has an art studio – featuring two kilns for firing pottery and a jewelry-making station leading to a collaboration with famed Austin jewelry mogul Kendra Scott – which generates revenue for MLF and offers community artists a creative outlet.

The Village also has what is essentially a small hotel home created near its entrance, serving as vacation rentals for people visiting Austin, with residents playing an array of roles to help keep it running. There’s even an on-site auto shop where people can bring their car in for repair or pass the annual state inspections required for vehicle registration.

Residents are expected to pay their own way, although rent and utilities will be adjusted to allow homeless people to transition into life at Community First! Village – once they have gone through the three-step process to gain admission.

First, a potential applicant goes through a coordinated assessment with one of several Austin-based homeless-serving agencies that MLF partners with, determining that the applicant is chronically homeless and lives in the county of Travis for at least a year.

Residents of Community First live an average of nine years on the streets before moving into their homes, and by Graham’s estimate, between 70% and 80% receive federal disability, Social Security or Veterans benefits. . Community First does not require residents to abstain from drugs and alcohol; Graham explains that “the government of the United States, having spent billions of dollars, cannot understand this agreement”.

The second step involves the potential candidate visiting the neighborhood to determine if they want to live there. Finally, if the person wishes to apply, he completes a file and registers on the waiting list. Each new home is furnished and even decorated with the resident’s favorite color palette and tastes. And once a resident has moved in, that person can stay as long as they can maintain their rent and utility payments and live civilly among their new neighbors.

A small prefab house, which would take a candidate about a year, will cost a resident $440 a month; a tiny house, which only takes a few months to become available, costs around $380 with utilities. Each micro-house has a bed, fridge and microwave, but no kitchen or bathroom; these residents use communal outdoor kitchens, as well as individually locked bathrooms and showers, located in centers near the tiny homes.

Graham advises those who live in tiny homes to design them as the bedrooms of a larger house extending into these common areas. With a health clinic and small food store in the neighborhood, a new gathering space called The Living Room set to open, and a weekly farmer’s market where food grown in the neighborhood is distributed to residents, MLF aims to be as complete as it can for its inhabitants.

Thanks to a partnership with Austin’s famous Alamo Drafthouse Cinema chain, the village also has a outdoor amphitheater where locals and the general public can attend film screenings (with concessions run by villagers).

Some even make Community First their eternal resting place. There is a columbarium on site where 24 residents were buried after their deaths, and additional columbariums will soon be added to the memorial site.

“We are instilling and re-establishing the basic building blocks of a person who can live,” says Thomas Aitchison, MLF’s director of communications, “so that they have equal access to the essential and basic functions of life.”

“We’ve created a destination for people to serve,” says Graham. “Before Community First! Village, if you have a heart to serve, if you have a heart for the homeless, your options are pretty limited. We provide a destination, so it’s here now, and people come to see us as soon as they find out, it’s that proverbial snowball rolling down the hill…. We get a contrast between despair and hope.

This story originally appeared in backyarda newsletter published by Next City, which explores scalable solutions to make housing fairer. It is republished here as part of the SoJo Exchange of the Solutions Journalism networka nonprofit organization dedicated to rigorous reporting on responses to social issues.