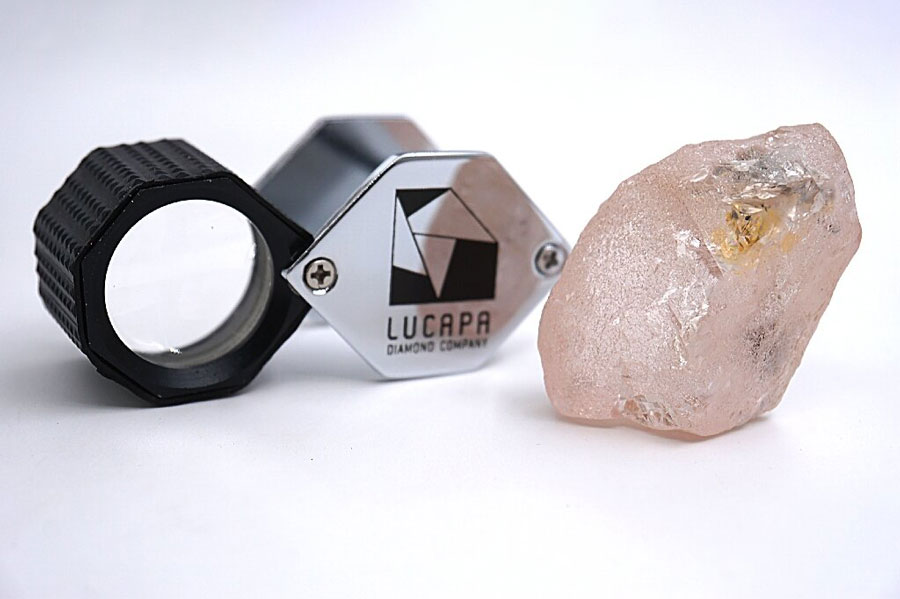 Lucapa Diamond Company, based in Western Australia, has unearthed a gigantic 170-carat pink diamond from the Lulo mine in Angola.

The Type IIa rough has been dubbed the Lulo Rose and is believed to be the largest pink diamond discovered in the last three centuries.

Stephen Wetherall, chief executive of Lucapa, released a statement saying the discovery was a moment in history.

“Lulo is an exceptional alluvial resource and it is truly a gift,” he said.

“We are once again very proud of another historic recovery.

“We also look forward to our partnership progressing in its exploration efforts, where we are now bulk sampling priority kimberlites, looking for the primary kimberlite sources of these exceptional, high-value diamonds.”

Angola’s Lulo mine has been a happy hunting ground for mining companies in recent years, with the Lulo Rose being the 27th diamond mined over 100 carats since commercial production began in 2015.

The largest diamond ever discovered in Angola – the 404-carat February 4 Stone – was discovered at the Lulo mine in 2016.

Lucapa revealed its intention to sell the diamond in an international tender conducted by the Angolan national diamond marketing company Sodiam.

Lucapa holds a 40% interest in the Lulo mine. The rest is held by the Angolan national diamond company (Endiama) and Rosas & Petalas, a private company.

History in the making?

Pink diamonds continue to be the most sought after fancy colored diamonds in the world and the Lulo Rose may belong to an elite class.

The Darya-i-Noor is the largest pink diamond, polished to 186 carats and from the Kollur mine in India. The diamond is currently part of the Iranian Crown Jewels in Tehran.

Many other pink diamonds have produced stunning results at auction. The 34.65 carat Princie diamond fetched $39.3 million while the 24.78 carat Graff Pink was sold for $46.2 million.