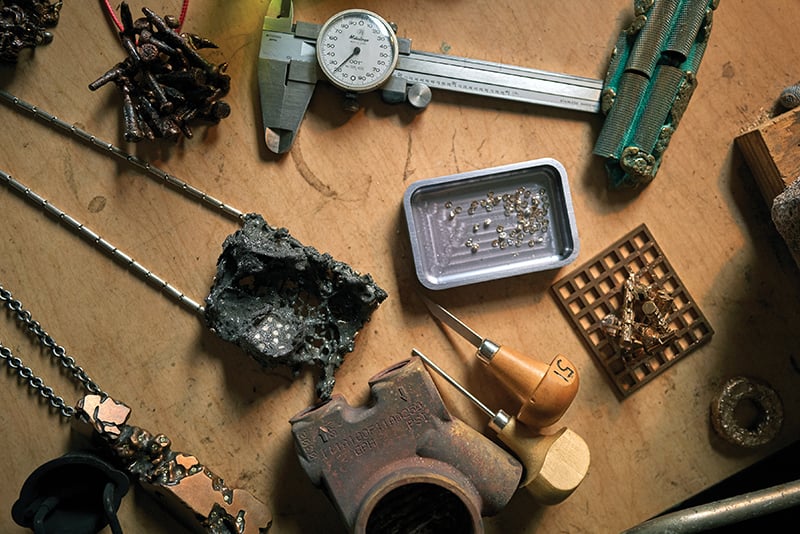 Jason Stein works full time as an established jeweler at Perry’s Jewelry, where he does custom design, repairs and consultations. In his spare time, he creates what he calls a “wearable sculpture”: heavy statement jewelry made with found objects and reused materials like nails and screws coated in steel, brass and bronze. “It’s not a piece you wear every day,” he says. “You can carry it to a gallery opening to be seen, then remove it and hang it on the wall. Often, customers bring him family heirlooms that they want to reuse. “Sometimes I can’t reuse the gold… but if someone brought me a pair of Grandpa’s binoculars or Grandma’s sewing needles, could I make a piece of the wall?” Sure. “During a winter residency at the Penland School of Craft, Stein used a technique similar to molding to create a decorative tabletop piece with plastic model pieces and electroformed copper.” Yes, let’s say , someone was in the Army Corps of Engineers, “he said,” it would look fantastic on a desk. “

Some items available for purchase through Slop Design: splodesign.com/artist/jason-stein 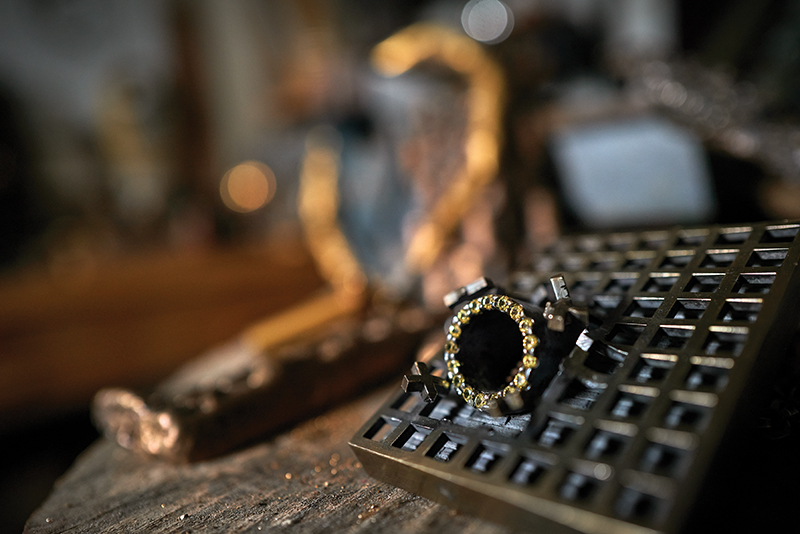 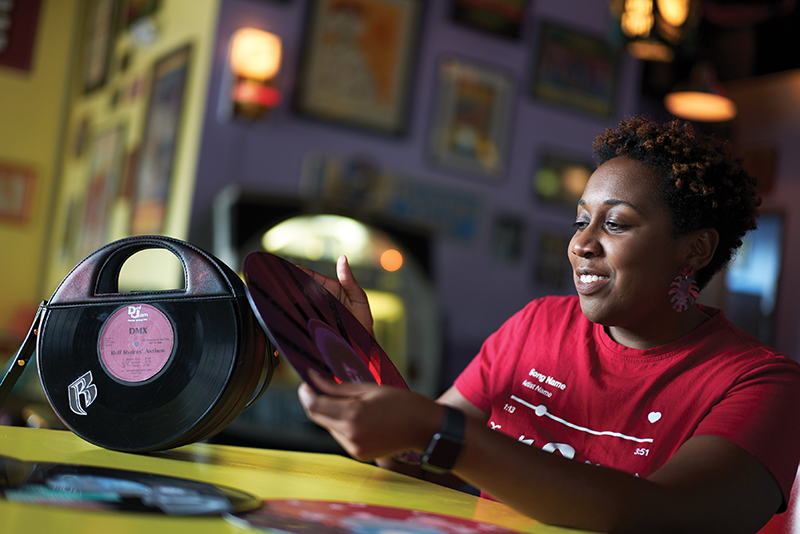 Jaianna McCants first applied paint to vinyl a few years ago at the suggestion of a friend with a wealth of well-worn albums. The experience opened up a new artistic practice for the New York native, who portrays her favorite musicians on second-hand records under the moniker JVinylArt and sells them from her online store. The multimedia work includes a purple-infused tribute to Prince; J. Cole’s record 2014 Forest Hills Route, with the actual road sign created by collage; and shoulder bags dedicated to DMX (shown) and Marvin Gaye. “People would get mad at me and say I was ruining usable vinyl,” she laughs. “But sometimes the ones I use get scratched, and I tell them I always have the option of taking blank discs and adding a cheaper custom label to mimic the real thing.” For the past two years, McCants has shared his practice at the McColl Center workshops. Teaching is nothing new to her, however. By day, she teaches visual arts at Mallard Creek High School. 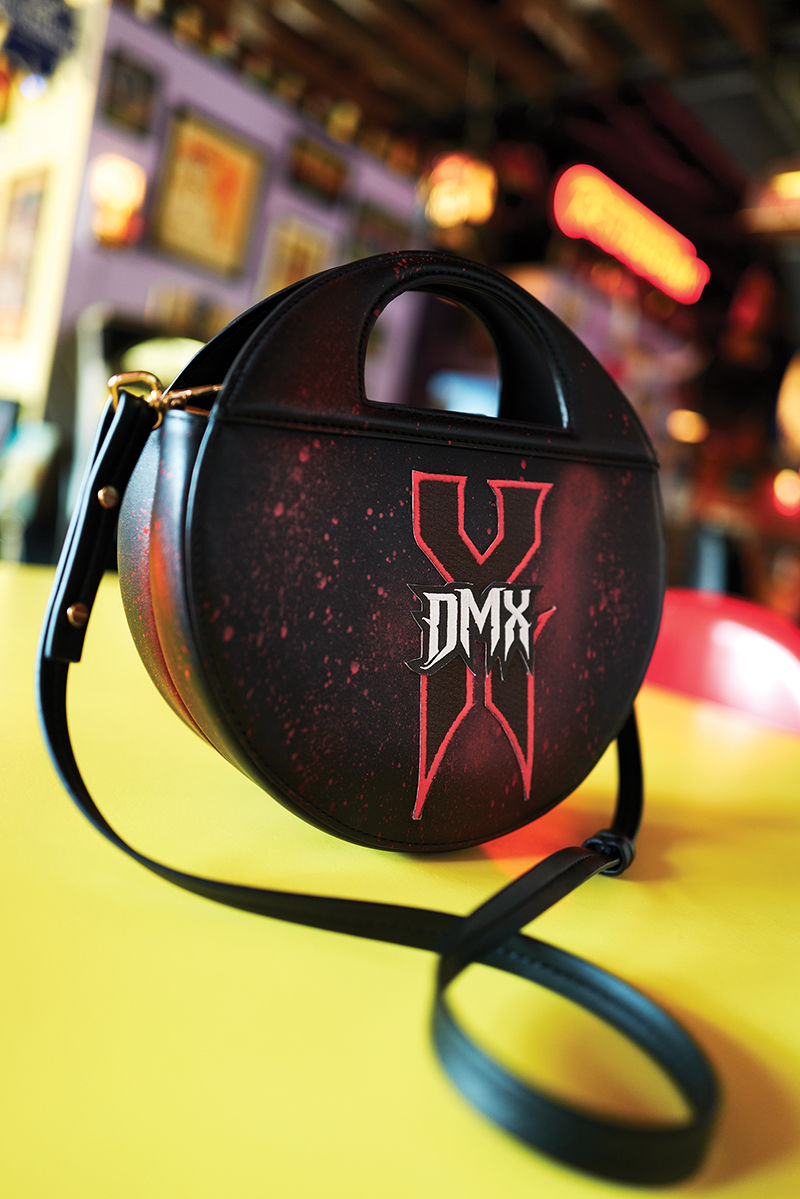 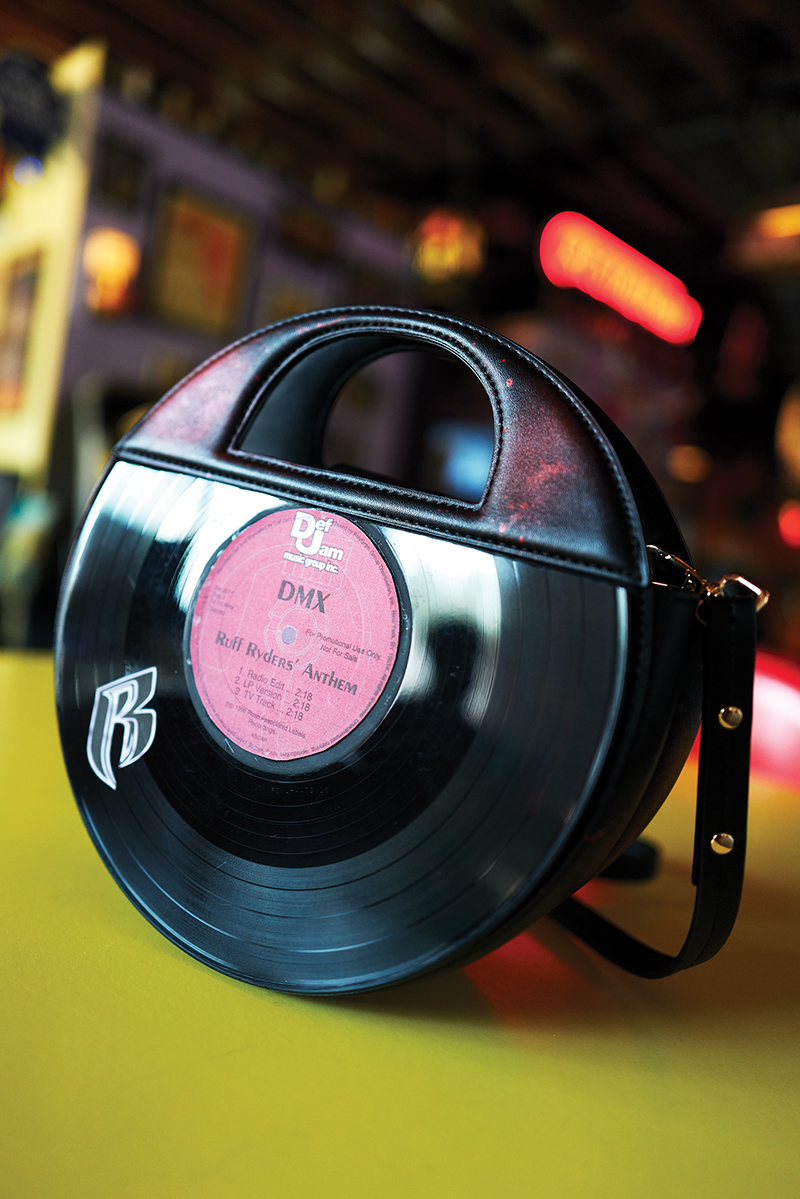 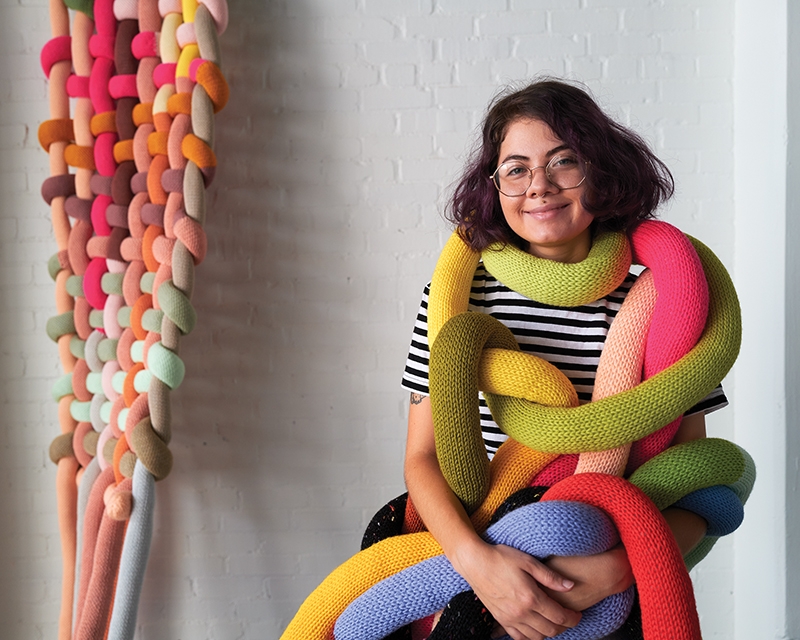 At a glance, Kat Sánchez Standfield’s art looks anything but traditional, but the Panama-born artist weaves and knits with techniques older than a High Renaissance fresco. The artist is part of the Goodyear Arts Collective, based at Camp North End. Her “Noodle Scarves” and “Magnified Weavings” are influenced by “the history of textiles and their intrinsic connection to humanity,” she says. Their appearance in huge, simplistic knots reflects the centuries-old usefulness of the fiber. When you examine them closely, you see all the twists and turns taken by the hands of Sánchez Standfield, similar to the ones his mother would use to create a new bouyette, or traditional Panamanian dress, at every stage of his childhood. Some of its larger pieces appear unrolled and unfinished at the edges, much like the ongoing story of the form. 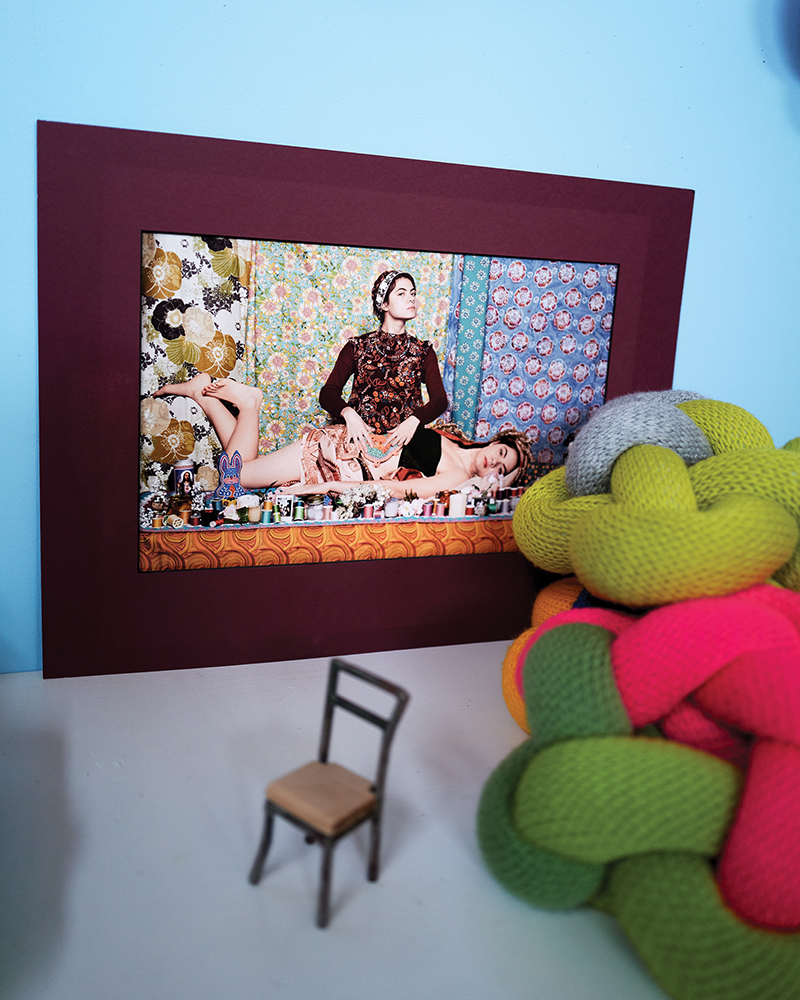 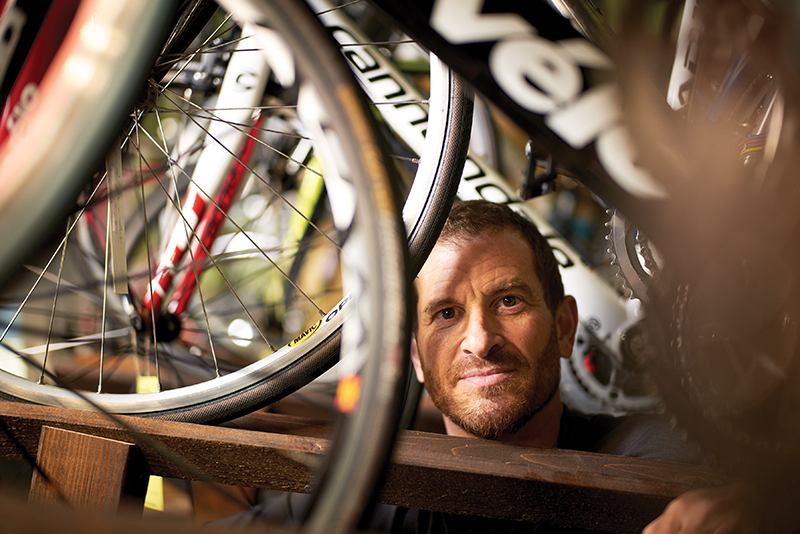 Before visiting Gear Goat XCHG in Elizabeth, we asked owner Ilan Paltrow: do any of your items have a particularly interesting story? “Bicycles from European mountain trails, hiking boots that have been to Africa, sleeping bags that kept people warm in snowstorms… a few minutes here, and you’ll wonder what to shoot, ”he replied. Paltrow, a former speed skier and entrepreneur from Portland, Ore., Founded Charlotte’s only equipment consignment store in 2018. The staff at Gear Goat Xchg, an outdoor gear and clothing store air, doesn’t just sell used materials: they extend their life. with new and personalized parts. Their motto: “ReUse + ReLive + ReLove. For the adventurers and globetrotters in your life, the “new” descriptor may not be as desirable as “tested.” Many items at Gear Goat XCHG have already brought others home safely. 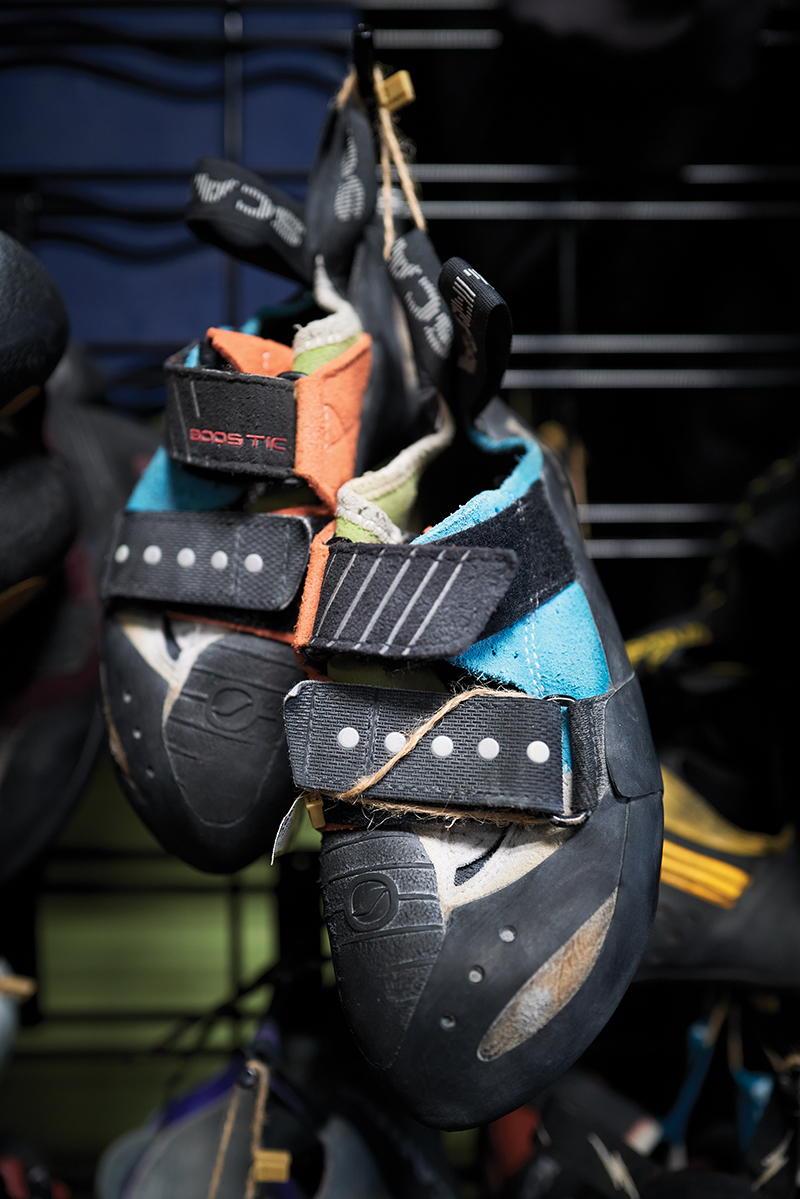 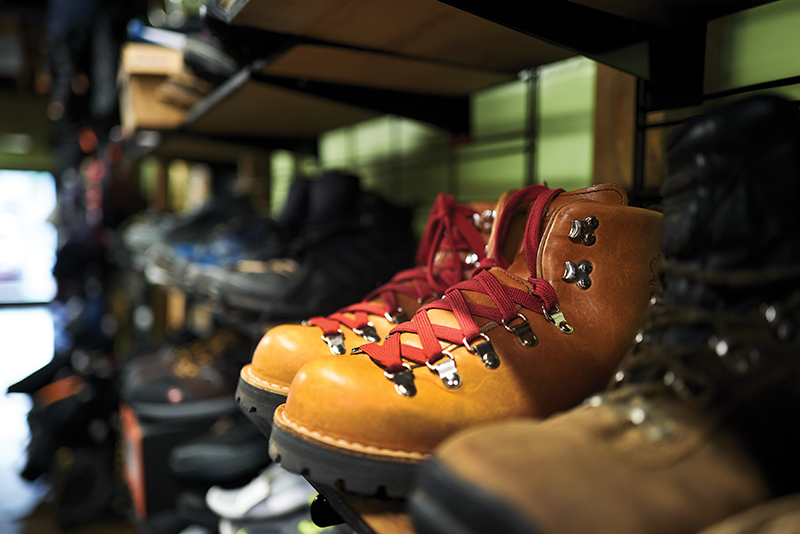