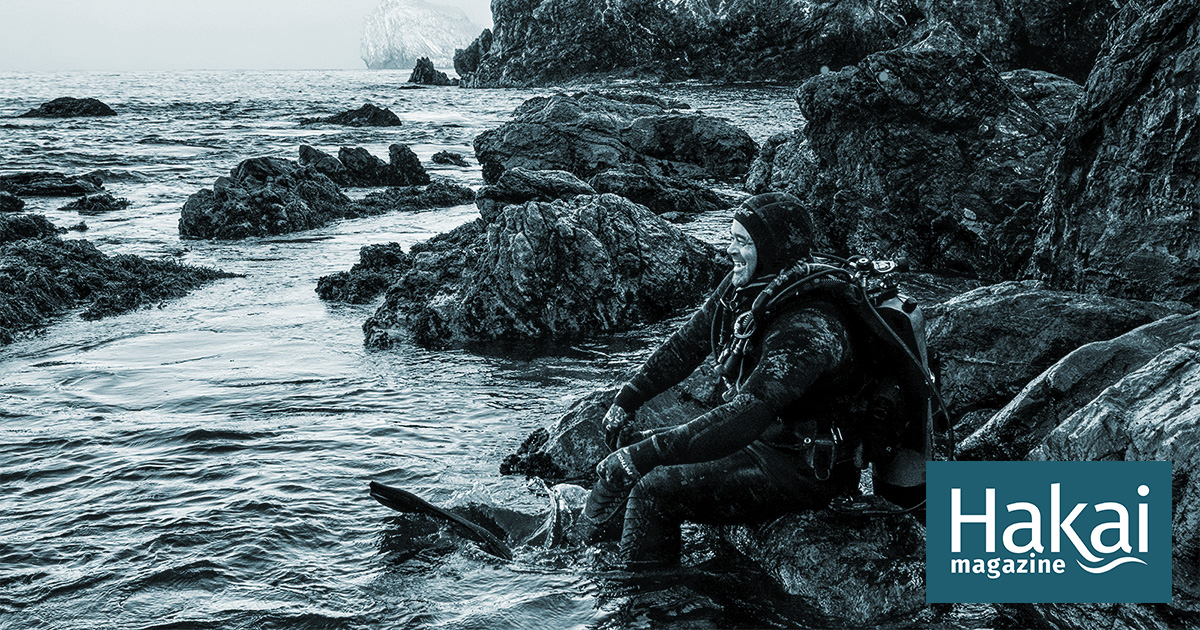 Some people work in cubicles, others work in kitchens, but perhaps the most intriguing workplace of all is the coast. Meet the people heading to the ocean instead of the office in our Coastal Jobs series.

Justin Barrett is part of a community of divers who hunt underwater jade in Big Sur, California. In his studio in nearby Pacific Grove, he carves his finds into sculptures and jewelry that weave together elements of the natural world.

Finding a piece of jade touches me deeply. My heart skips a beat. It’s special because I know I’m the first person to touch this stone – if anyone had seen it, they would have picked it up. When I first went jade hunting 23 years ago, the sun was low and the horizontal rays started to light up beautiful pieces of jade all over the beach. I was hooked. Finding and carving jade has become a way of life.

People have been collecting jade in Big Sur for about 80 years, but when I started there were very few carvers, and what we did was considered hippie jewelry. It was not taken seriously. Now there are about 20 people making jade jewelry here, and more are starting all the time, which is great. My predecessors were secretive and suspicious; they haven’t understood that growth validates what we do. It builds culture.

Jade forms under high pressure in subduction zones and is usually found around mountains or rivers, but Big Sur is the only known underwater source of quality nephrite – one of two types of jade – in the world. . Our jade is not particularly pure or well known, so it is less expensive, but it has intrinsic value due to the subculture that surrounds it.

To find the best tracks, you have to dive. First, you have to navigate a 55-meter cliff with 45 kilograms of gear on your back, on a narrow trail prone to washout. In the water, the conditions are frightening – rugged, dangerous and unpredictable. You are dealing with kelp, currents and swell. Visibility can be less than one and a half meters. There are also elephant seals, sea lions and big sharks. Most of the time a small group of us are watching each other, which gives me some peace of mind knowing that I’m not as likely to float into the abyss without someone else. realize it.

I’m 40 now, and if my body holds up, I think I’ve got another 20 years of diving in me, at least. If that doesn’t hold, then I can sit and carve the stone as long as I’m here.

Out of necessity, I built my own tools, adding another creative aspect to my craft. When I was just starting out, I made my first stone saw out of parts from a broken home oven and an old weight bench. I gave one of my mentors the honor of cutting the first stone. But not knowing better, I had mounted the engine the wrong way. The stone turned and hit him in the chest. He gave me some advice, and with some fine tuning, the saw was finally functional.

I like being able to give back to society in a positive way. When a person connects with my art, it’s like they connect with a part of me. I like to think that when I sculpt, I create artifacts. We could have a whole other civilization that would dig them up one day. Who knows where their journey will take them.