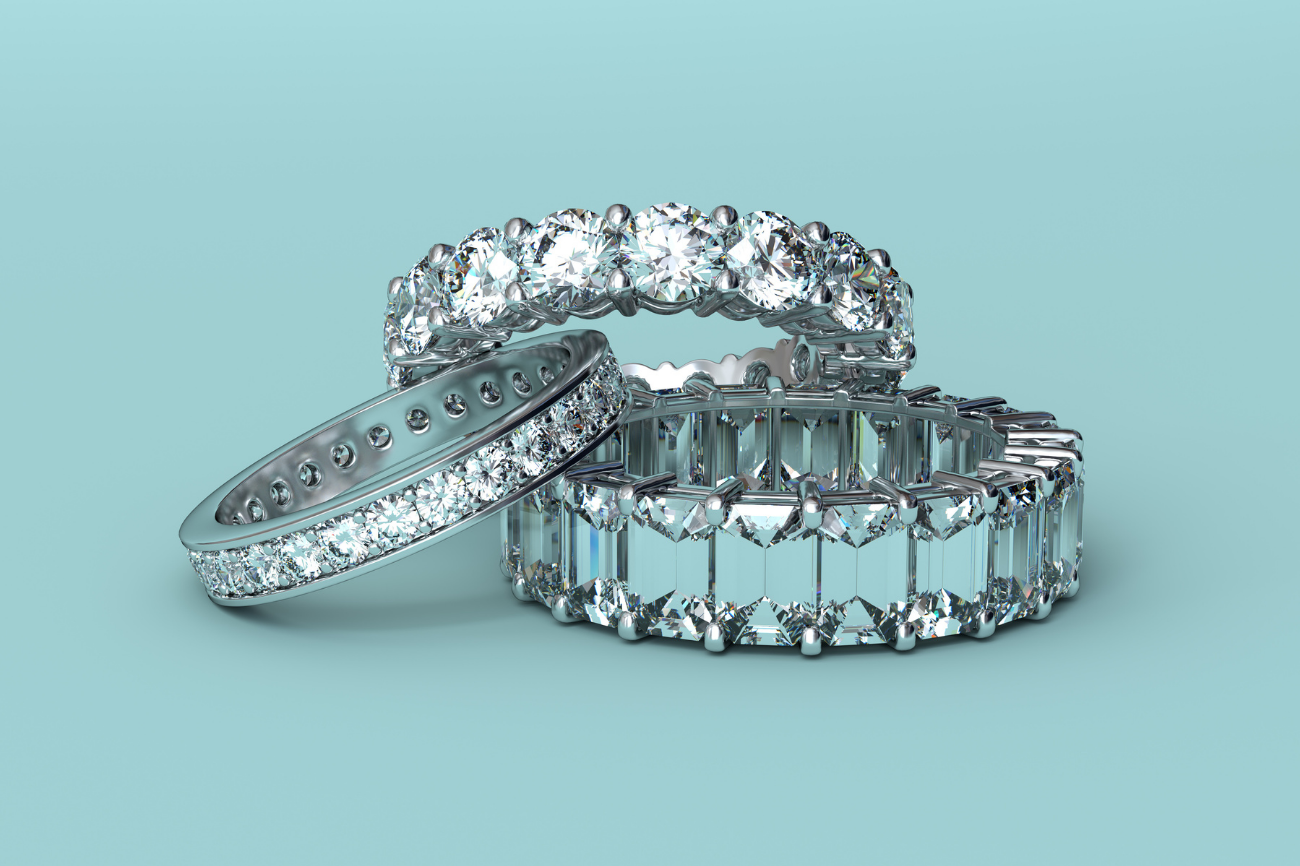 When it comes to engagement rings, diamond alternatives are on the rise. Admittedly, the most popular stone of choice is still the natural diamond – but almost a quarter of engagement rings in 2021 featured a synthetic substitute, according to a report from wedding planning website The Knot, and one in 10 happy couples opted for another gemstone instead.

For many, the choice comes down to questions of affordability and environmental sustainability. Whether you’re planning to get married or just looking to update your jewelry collection, here are some suggestions to get you started.

Moissanite is the “top pick” for diamond-free engagement rings this year, according to Shelley Brown, fashion and beauty editor at The Knot.

You might think, due to its growing popularity, that moissanite is a more recent gemstone – but it dates back to 1891, when chemist Edward Acheson noticed small silicon carbide crystals hidden in its heated mixture of carbon and alumina. More than a decade later, French chemist Henri Moissan found a natural form of the gemstone in a meteor crater in Arizona; thus, it became known as moissanite.

Because natural moissanite is so rare, however, those found in jewelry markets are often created in the lab, according to Angela Cisneros, gemologist and luxury jewelry entrepreneur. “It’s not a natural moissanite and it has a lot of different aspects, like hardness and refractive properties, which are similar to diamond,” she says. “So it makes a great little diamond simulant if you don’t want to spend the money on a diamond.”

Read more: Are lab-grown diamonds forever? Depends on who you ask

Moissanite surpasses rubies and sapphires in terms of hardness; it is right behind diamond, which is a 10 on the Mohs hardness scale. (Moissanites are rated at 9.25.) And although moissanite is a cheaper alternative to diamond, it shines brighter than its more expensive counterpart. Moissanite has a refractive index between 2.65 and 2.69, slightly higher than a natural diamond, according to shiny eartha jewelry company specializing in lab-created diamonds and moissanites.

Another reason for his rise in notoriety? Diamond mining is often seen as morally bankrupt. As white diamonds fall by the wayside in favor of non-traditional options, less ethically ambiguous alternatives like synthetic moissanite are replacing the industry favorite. “They think, ‘well, if I can get anything other than diamonds, I’m responsible,'” Cisneros says of the heightened consumer interest.

Another diamond alternative that is gaining popularity is morganite. While buyers may prefer moissanites due to their association with social responsibility, morganites seem to be gaining traction due to their romantic and feminine pink coloration – a hue caused by traces of the element manganese.

Morganites are a beryllium aluminum silicate mineraland are classified as a semi-precious type of beryl pink. (Emeralds and aquamarines also belong to the beryl family.) After its discovery in Madagascar in 1910, morganite was named after gemstone enthusiast JP Morgan, best known for his large investment banking . Today, gemstones are found naturally all over the world in areas like Pakistan, Brazil, Afghanistan, Mozambique, Madagascar, and the West Coast of the United States.

Morganites, like moissanites, are cheaper options than diamonds; they cost a fraction of the selling price of diamonds of a similar carat range. And while natural pink diamonds are notoriously rare and expensive, ranging from $10,000 to $700,000 per carata single carat of morganite can be as cheap as $300.

Of course, morganite does not have the same durability. While diamonds top the Mohs hardness scale with a ranking of 10, morganites range from 7.5 to 8.

Cisneros describes morganite as an excellent choice for an engagement ring center stone, but there are a few things to keep in mind. For one thing, morganite doesn’t work well with a lot of chemicals – so don’t clean the stone with an ultrasonic cleaning solution or an abrasive agent like toothpaste. Also, because of its softness, you need to remove the ring when doing chores like laundry, dishes, or gardening.

“Take off your morganite when you get home, just like you take off your shoes,” she says. “That way you’ll keep it in good condition.”