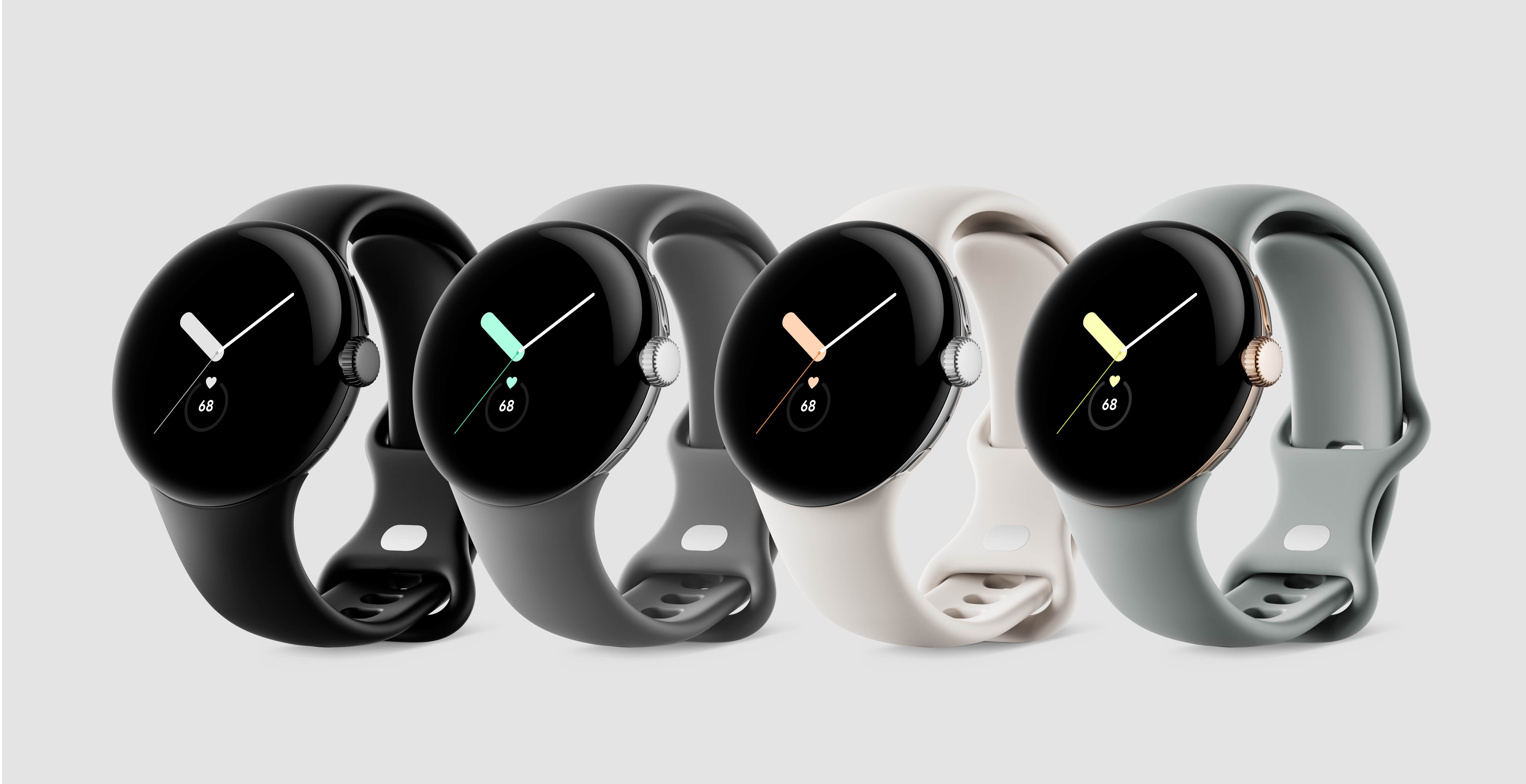 This is it’s been 10 years in the making, and Google has finally released the GPS smartwatch that Android users have been waiting for. The Google Pixel Watch features eye-catching design and easy-to-use software and has tons of potential at first glance. Google has struggled to break into the fitness tracking market, but with the acquisition of Fitbit in 2021, they integrated Fitbit’s health tracking features and addressed the shortcomings of previous watches with this new model.

The Google Pixel Watch display is simplistic and beautiful. The face is a simple, round, traditional watch face with what appears to be a thick bezel base holding the wide curved glass display. The Google Pixel Watch catches light from certain angles in a way that makes it look sleek and jewel-like.

I found the watch to be very light on my wrist during workouts. When I first took it out of the box, I couldn’t get over the smooth, glossy finish of the screen and how simple, yet luxurious it looks. Since I started testing the watch, I have received many questions while running and walking, asking “What kind of watch is this?”

Unfortunately, the Google Pixel only comes in one size: 41mm. I have a smaller wrist, but some might find the screen small.

Prior to the watch’s launch, Google promised 24 hours of battery life in smartwatch mode, but I found that I started getting low power warnings after 18-20 hours of use, which includes a 40-minute run. minutes tracked by GPS. It would be good for someone who doesn’t use it to track sleep, or for casual runners who run once or twice a week. However, charging from zero to full takes less than an hour which is great.

Syncing the watch with Fitbit was a game-changer for Google. Fitbit became one of the world’s most popular fitness trackers in the mid-2010s, offering a watch that syncs with your mobile device via Bluetooth to log your fitness activities and set daily and weekly step goals, calories burned and consumed and distance traveled.

Fitbit is one of the few companies in the industry that makes sure to integrate rest and recovery, giving you a readiness score based on your sleep and stress. As a pioneer in the fitness tracking industry, Fitbit has deep knowledge of how to translate user behavior and heart rate information into useful information and functionality.

Something I noticed on my first run with the watch was the accuracy of the heart rate readings, based on my perceived exertion and experience. The Google Pixel Watch exceeds expectations in this area. It does a great job of tracking sleep, stress, and recovery; it can also take an EKG, which is a great feature for health tracking.

But while the Google Pixel Watch benefits from Fitbit’s expertise, it also suffers from the sync issues that plagued the company’s older devices. Although you can see distance and steps, I found that the run takes several hours to sync from the watch to the app.

Even though Fitbit is one of the most user-friendly fitness apps, Google has blocked many of its features. A premium Fitbit membership costs $105 per year and gives you access to challenges and adventures, personal insights, personalized programs, advanced sleep tools, and thousands of unique workouts. It also lets you see the details of the health metrics dashboard, which shows you your resting heart rate and heart rate variability.

I like the Pixel Watch, but would recommend it primarily to casual or beginner runners due to its lack of training data and relatively short battery life. The watch looks shiny and is a smartwatch perfectly capable of doing regular things that modern smartwatches do now, but only the recovery and sleep tracking data are what stand out for me. I don’t know how are you supposed to collect sleep data from a watch that only has 24 hours of battery life. When should it be recharged?

The Pixel Watch is designed to appeal to the widest possible market in terms of looks, size, strap styles, features and price. At $350, the Pixel Watch is relatively affordable and accessible for those who need a basic running watch that looks good and generally does a great job with health and fitness tracking.