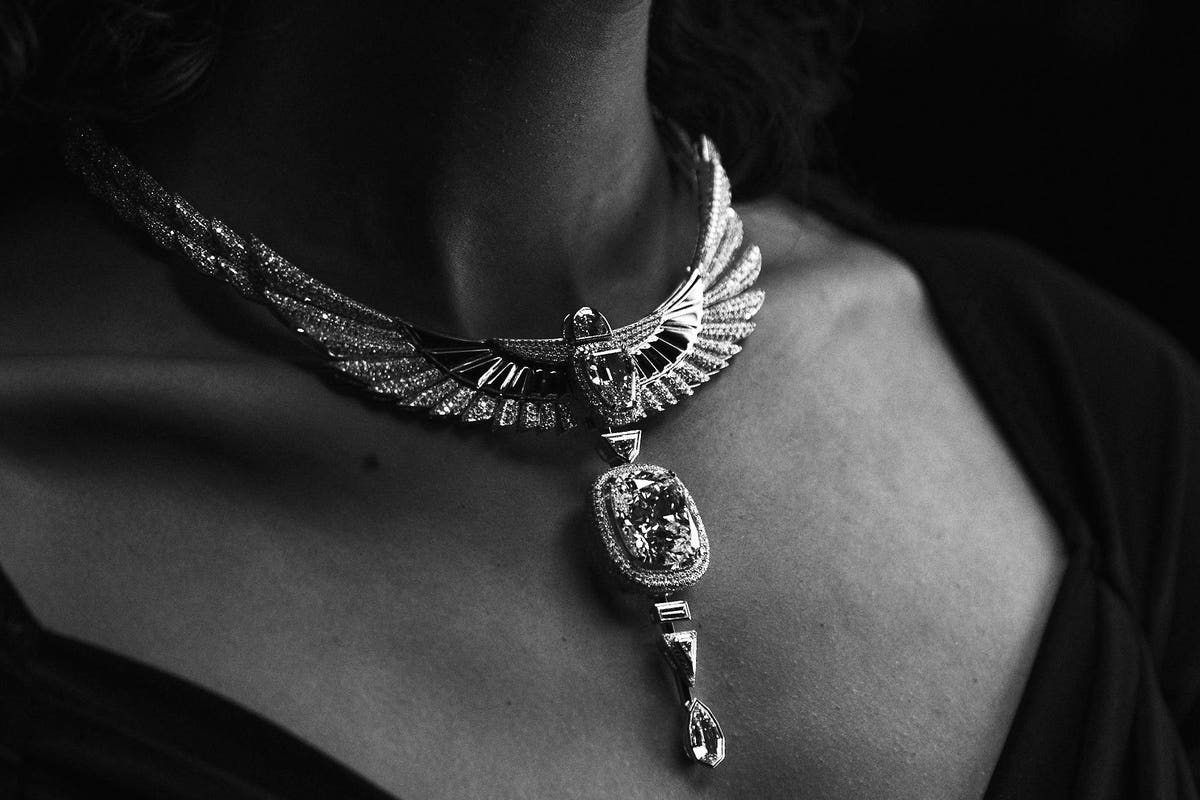 This season, Paris Haute Couture Week shone with unusual shine. New brands bursting into the rarefied world of fine jewelry are targeting a new generation of consumers eager to invest in gold and diamond pieces that speak their language and resonate with their aesthetic.

Valérie Messika launched her eponymous jewelry house in 2005. Which, by Place Vendôme standards, means yesterday. But it worked in her favor because even though she came from a family of diamond dealers, she was not shackled by centuries of heritage and convention.

“I wanted to create everyday diamond jewelry that was cool and bold,” she said. “I was 25 and wanted something new for me.” Queue Messika’s strong fashion positioning and lexicon of contemporary design.

After Gigi Hadid in 2017, Messika collaborated with Kate Moss in 2020 on a 70-piece high jewelry collection, continuing the partnership last year with a show during Paris Fashion Week in September. Earlier this year, the two joined forces again – in the metaverse – on digital diamond clothing for Moss’ avatar in Lucy Yeomans’ Drest game app. Current face of the brand? Kendal Jenner.

However, Beyond the Light, Messika’s new Ancient Egypt-inspired high jewelry collection unveiled during Paris Couture Week underscores the brand’s credentials as a serious player in the real world. For Akh-Ba-Ka, her hero set, Messkia acquired an entire family of 15 stones – the largest of which is 33 carats – from a 110-carat rough diamond discovered in the Lucara mine in Botswana. “I wanted a solid diamond as an heirloom for the house,” she said in explanation. Which says a lot about his ambitions.

The Akh-Ba-Ka also features a transformable component whereby the structure housing the 33 carat D and FI graded stone can be detached from the necklace to become a brooch. The technically difficult trope launched by Van Cleef in 1938 with the Passe-Partout has since been deployed by other traditional high jewelry houses such as Cartier and Chaumet. The collection’s Golden Shield set includes a convertible choker alongside a lip trinket – another one of those contemporary touches that characterize the house.

Valérie Messika has been passionate about ancient Egypt since childhood. On the one hand, she says, because women were considered equal to men: “Cleopatra was an incredibly strong woman.” The inspiration matches the brand’s own history of empowering women. According to Messika, “women buy our pieces for themselves, they don’t wait to be offered by a man”.

The family of Unsaid co-founder Ankit Mehta has been in the diamond industry for four generations. Holding company Walking Tree Ventures also owns the Her Story natural diamond jewelry outfit. However, when it comes to the industry’s hot potato, lab-grown diamonds, he’s taken a pragmatic approach.

He was motivated by the creative possibilities afforded by lab-grown diamonds – in terms of disruptive new cuts not possible with natural diamonds. The starting point for Unsaid was a new offering aimed at Millennials looking for new classics in tune with their generation. “We are building a modern new age brand connected to today’s audience, their lifestyle and their emotions,” he said during a showcase in Paris during haute couture week.

The cuts were inspired by stories from real people, curated by creative director and trained psychologist Shraddha Mehta over the course of two years. The new Bubble Cut collection, for example, symbolizes joy and nostalgia. Also unveiled was the Reminiscence ring, a unique piece from the Bubble collection and the largest ever made from lab-grown diamonds. Totaling 35.90 carats, the ring will be auctioned off for charity later this year.

“Is it the same as a natural diamond? No,” says Ankit Mehta. “It’s one thing to have a diamond that has grown with nature in a process that takes a billion years and quite another to build something out of pure technology and innovation. But both have history and legitimacy and we’re very comfortable giving people a choice.

Currently direct to consumer, Unsaid will open a four-month pop-up in Paris with Printemps in September followed by stores in Paris, London and New York from 2023.

Gold by the gram in Menē

Menē is an online store of 24 carat gold jewelry and art objects where all pieces are sold by the gram. Prices vary by market with changes visible in real time on the product dashboard. A 20-30% margin is added to account for design and manufacture, with the breakdown clearly marked on each item.

The five-year-old publicly traded company is the brainchild of Roy Sebag – the man behind Gold Money, the fully-fledged reserve bank also listed for investing in gold – and Diana W. Picasso, the granddaughter of Pablo Picasso, art historian.

Since the launch of Mēne in 2017, the value of gold has increased by 60% and over the same period, the company’s annual turnover has increased from one million to 30 million.

“When the price of gold went up, we thought we would sell less, but in fact we sold more,” says art director Sunjoo Moon, explaining that people see it as a good investment for that exact reason.

During Paris Haute Couture Week, they unveiled a solid gold chess set with pieces also being sold separately as collectibles. The New York-based company sources gold from mines in the United States and Canada. It is currently setting up a distribution center in Paris to open up to the European market.

For the record, Menē also accepts cryptocurrency. It has some logic. 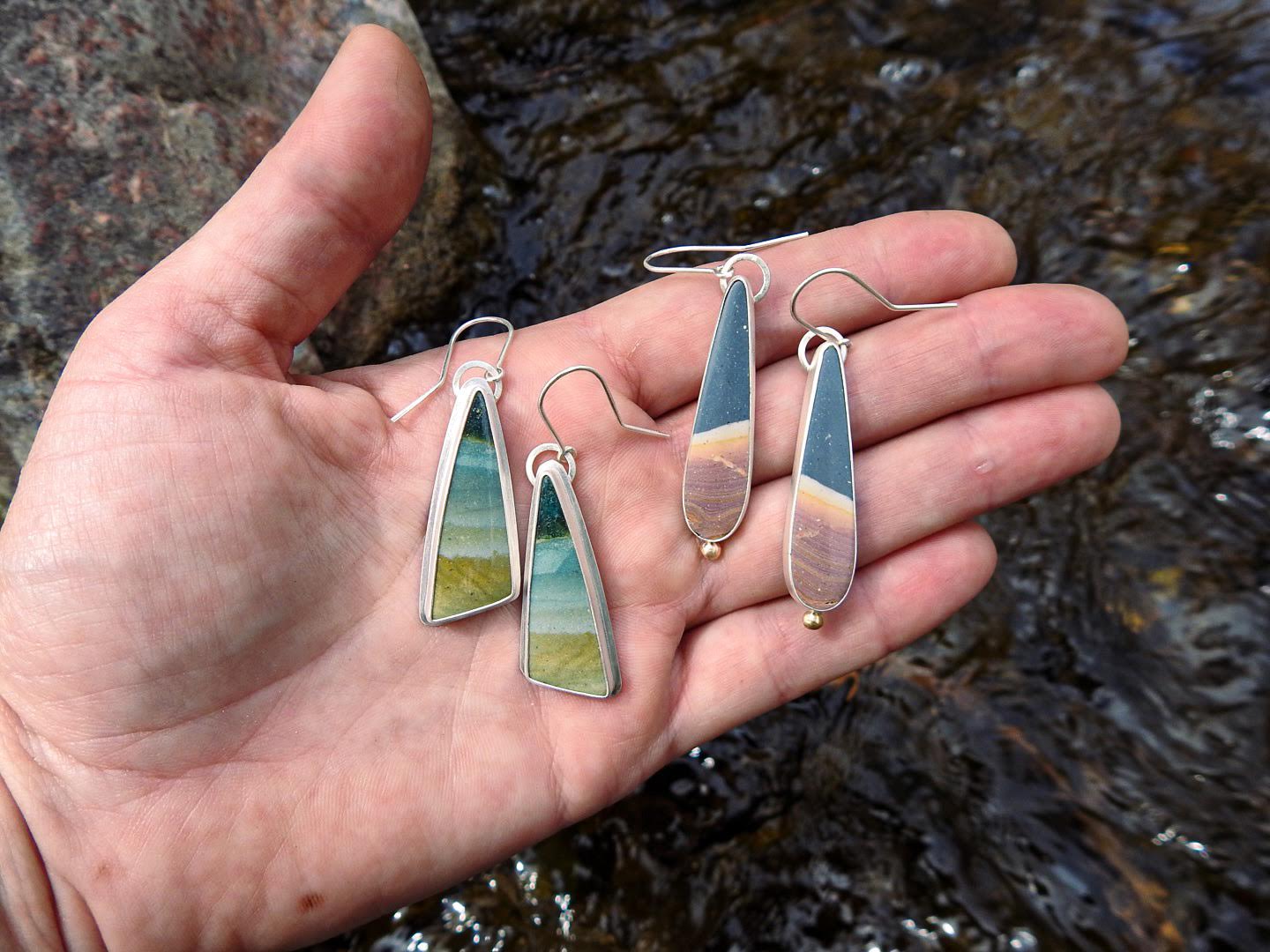 7 sculptural jewelry brands to buy in 2022