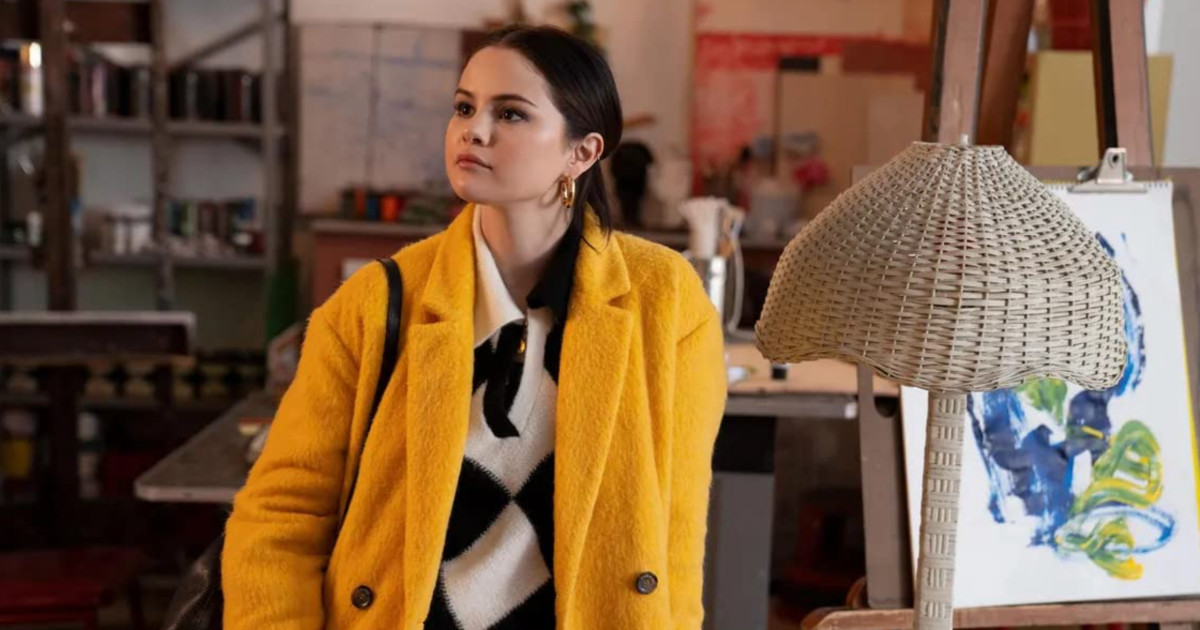 While the last years of Selena’s career have focused on eliminating mental health stigma and launching her new beauty line, she recently starred in a Hulu series Only murders in the building. The show just wrapped up its second season, and her character Mabel has many awesome outfits throughout the series. Representative of Selena’s colorful style, her character is usually seen in bright yellows and fun patterns.

One thing I appreciate the most about Selena is that she doesn’t bare everything for the camera. Unlike other A-list celebs, most of her photos don’t reveal a ton of skin, and she instead focuses her influence on impact. She is open about her mental health issues and has become a voice for mental health awareness in celebrity circles. Selena’s sense of self is seen on and off camera.

Her social media pages don’t have the typical gossip celebrity look, where all the photos follow the same aesthetic perfectly. Her Instagram page is authentic and colorful, and mostly focuses on the parts of her life that matter most: her business and her mental health awareness work.

Now that we’ve covered all the reasons we love our daughter Selena Gomez, let’s move on to beauty and style tips from the queen herself!

Hair says it all

Literally, Selena’s hair has been a defining feature of her style and celebrity presence for most of her career. Her signature short bob haircut was, and still is, a very popular cut for Selena, as well as many of her fans. Whether straight or curly, it manages to retain plenty of volume and shine.

A bold lip never hurt anyone

Selena’s Rare Beauty cosmetics brand is doing extremely well globally and is a strong competitor with well-known brands like Tarte or Glossier. The focus is on clean formulas and fun shades that excite makeup lovers as well as beginners (go Selena!). Rare Beauty has tons of color, including as many bright shades as neutrals, that she demonstrates on and off the red carpet. As she has proven time and time again, a bold lipstick can go from a 9 to a 10! Shades of bright red, as well as pinks and even purple hues, look great with her facial features and short hair.

As you may have heard, the 90s are making a comeback, and Selena Gomez definitely got the memo. Her laid-back style is a strong mix of feminine ruffles and ’90s grunge (we love a woman with range). She stuns with florals and ruffles, and is full of glamour, but also looks fantastic with black monochrome looks and sneakers. Simple tank tops, oversized hoodies and sneakers are must-haves for an off-duty model look!

Color is a good idea

Yes, neutrals have their place in a capsule wardrobe and a variety of on-trend aesthetics. But Selena demonstrates that a pop of color can be just as stylish as your favorite neutral. Look at it in red! Find a luminous shade that flatters your complexion and wear it with confidence in formal and casual settings.

Patterns are a fun way to spice up your look, and Selena wears pretty florals as her closet staples. You’ll notice a common thread of red floral patterns that contrast with a black and white look throughout her casual and formal look, like her stunning dress for the Revelation album cover.

One idea is to find a color you like, like red, and then find designs that include that shade. This will maximize your wardrobe because more pieces will go together, and you can practice wearing brighter colors for a variety of occasions.

Earrings are a girl’s best friend

Diamonds are great, but big gold hoops are the future’s best friend. Holding close to her Latin roots, Selena Gomez frequently wears chunky gold hoop earrings as her everyday jewelry. Often paired with a slicked up bun, this key accessory is her signature look and can be easily replicated with your own gold hoops.

Even though Selena Gomez is known for her bright hues and bold makeup, she balances bright with basic. So try out a new lip tint or look for some color in your fall wardrobe, and you can say you’ve been inspired by the fabulous Selena Gomez!

Readers make our world go round. Make your voice heard in the official survey of Evie readers.