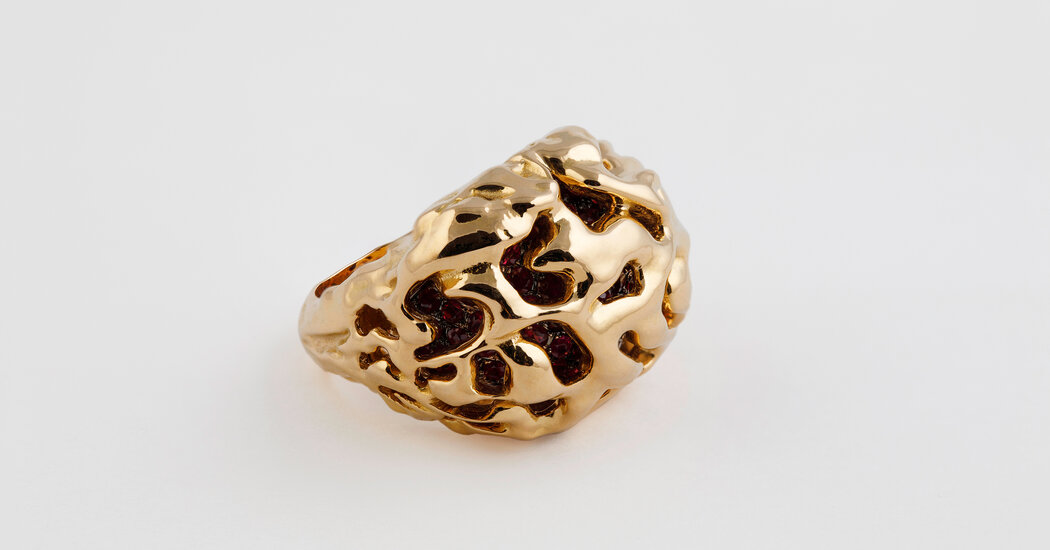 ORIGINAL CITIES Mr. Jhaveri, 36, is from Mumbai; Ms. Jhaveri, 37, grew up in Nagpur, a city of about 2.9 million people in central Maharashtra state.

THEY LIVE NOW In the district of Malabar Hill in the south of Mumbai. Their studio is about 20 miles north, in Borivali, near Sanjay Gandhi National Park – and although the journey takes about an hour and a half each way, they say practical considerations, such as having space. affordable for their team of 25, well worth it. (“It’s on this road that we see the city change the most,” Jhaveri said during a video call in late April. “Seeing it in motion is a constant source of inspiration.”)

CONTEXT The two met in 2002, on the first orientation day for international students at Carnegie Mellon University in Pittsburgh, Pennsylvania. “We were best friends, started dating in our senior years and two years after we graduated we got married,” she said.

They returned to Mumbai, where Ms. Jhaveri pursued a career in strategy consulting and Mr. Jhaveri apprenticed at his family’s diamond manufacturing business, eventually becoming a partner. In 2018, they founded Studio Renn (the name is derived from Latin for ‘rebirth’), where he leads design and manufacturing and she oversees sales and marketing. “It’s pretty much the same as university,” Jhaveri said. “Sleepless nights when Roshni does all the work and I relax a bit.”

JEWELERY EXPERIENCES In 2019, the couple hiked around Lake Tansa a few hours from Mumbai. “We came across an object that was there, rotting,” he said. “It was the picking up that gave birth to an idea: things are worth absolutely nothing until you pay attention to them.” “

Back at the studio, they scanned the object (Mr Jhaveri said it was organic in nature, but wouldn’t be more accurate, preferring to leave the room open for interpretation) and printed a 3D version, then cast it in 22-karat yellow gold and created a ring that sells for $ 16,000. Inside the perforated shape are rubies that only reveal themselves when light hits the ring. “It represents an energy hidden within,” he said.

ONGOING PROJECT Studio Renn’s other projects have emerged from equally philosophical forays into subjects like permanence and atrophy, often prompted by client commissions or collaborations with artists the Jhaveris admire. Take (An) otherness, an evolving collection which today numbers around 80 pieces and has grown from a series of personalized sketches by contemporary artist Prashant Salvi. It includes pieces like the $ 20,000 Bleeding Tooth ring, which has Burmese ruby ​​cabochons believed to resemble drops of blood, and the $ 23,500 Gemstone Puffball earrings, which were designed “to appear like. if they sprouted out of your ear, ”Mr. Jhaveri mentioned.

The (An) otherness pieces do not share an aesthetic across the line – rather, “they are unified by the creative process,” Ms. Jhaveri said, adding that concepts like reflection, negative space and volume continue to grow. resurface in their work.

MATERIAL CULTURE Studio Renn uses rare and precious materials including gold, diamonds, and Burmese rubies and sapphires that have not been heated to enhance their color and clarity (“gemstones without heat have a softness they feel much more natural, ”Mr Jhaveri says) – but the couple also see beauty in less overtly precious objects. Their Found Objects series, for example, features antique coins, a meditation on the transience of value.

MAKING ART DURING A PANDEMIC The Jhaveris have spent the past year filling orders and working on a new collection that they weren’t ready to discuss. “Most of the creative work happens after a very tumultuous time,” Jhaveri said. “And I think that could be true in this case too.”