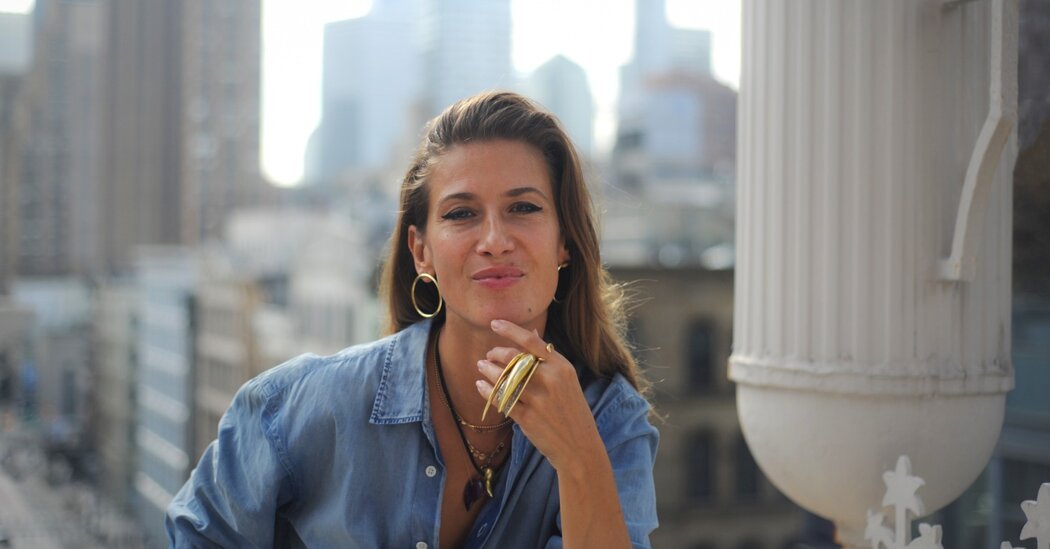 Each has a link to a story on a website named “La Catena” or “The Channel,” which was originally created for employees, but now serves as an online magazine and archive. It features interviews and columns such as Wasting Time, which invites people to describe their downtime (actress January Jones opened the series) and Lucky for Life, which portrays a special relationship like, recently, the bond between Dr. Barbara Sturm, the beauty founder of the brand, and her daughter, Charly.

Ms Bucci said the site allows her to cover topics of personal importance, such as Re-engage, a UK charity that supports the elderly (the company donates 2.5% of its revenue from its London store to the cause). “La Catena was a place to contain all the ideas I have, especially after Covid,” she said. “Rather than just – ‘Here’s a new product press release’; magazines take it or not – it was something a little more organic and natural, ”she said. “It might be more subtle, sometimes too subtle, but I think the right people read it.”

She also said that while the brand can track readers’ interactions with the newsletter, it is actually less commercial than it expected. For example, a newsletter article showcasing her heart-patterned Cuore ring led subscribers to purchase other things, and featuring her best-selling woven gold Lucky bracelet led to the purchase of Cuore rings. “We cannot understand why,” Ms. Bucci said. “It drives everyone crazy.”

Even jewelry influencer Katerina Perez added a newsletter: the email, which she sends out every two weeks, features an overview of the stories she recently posted on her blog and details about the events of the week. industry like celebrity red carpet appearances. Each communications platform has its own specific audience, she said, with newsletter subscribers “more intellectual than, say, Instagram users,” Ms. Perez said. “They generally want more in-depth knowledge.”

She said she now has 8,000 subscribers and said that on average 25 to 30 percent actually open the newsletter email, a figure Ms Perez said she was content to have.

“It’s important that I don’t bombard people with too many newsletters, and twice a week feels like a good pace,” she said. “From the start it was important for me to create a community of people who really wanted to be a part of that community, rather than just having the numbers.”