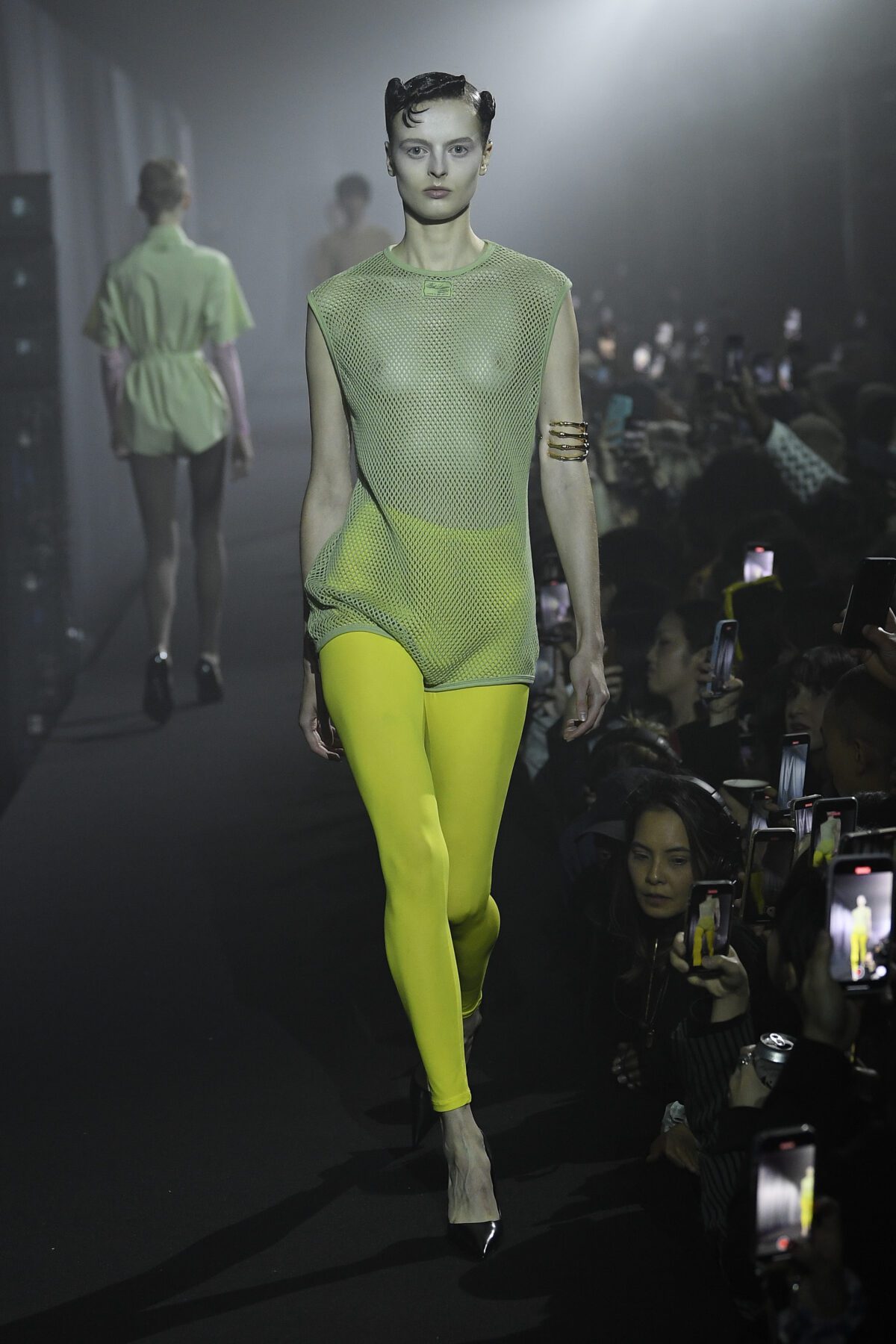 Yesterday in London, Raf Simons unveiled his highly anticipated SS23 collection. His first show in the city, delayed due to the death of HRH Queen Elizabeth II, was called Body / Code. It was a celebration of the energy of dance and the impact of the body. Naked, stripped, cut, stripped, the clothes are reduced to an essence and their essential forms.

There were simple gestures of simplicity – tailored blazers and biker jackets cut into tank tops, vestigial elements nodding to their origin. It was an exercise in minimizing the action and therefore the clothes, by eliminating the superfluous.

With ease and physicality, the fine knit and the stocking fabric delineated the limbs in a second skin. Combined bodysuits, drawn in a narrow, streamlined and simplified silhouette. Belts and buckles seemed to promise revelation at their detachment, offering glimpses of skin between layers of fabric.

Tailoring was incorporated as a machine for the body, classic cuts were woolen, sometimes manipulated inside with elastic to flex around the torso. Trousers were reduced to panels of fabric, sartorial gestures, it was a direct language, one which Simons himself has skillfully mastered throughout his career. Tailored skirts combined with stretch, affecting a rapport with the silhouette below.

The jewels were fashioned from skeletal hands or vampire fangs, symbols of pleasure and rejoicing, reminders of humanity.

The collection has also started a collaboration with the estate of Philippe Vandenberg. A selection of artworks were contextualized as all-over prints on apparel and accessories, with an emphasis on his textual works. The handwriting, dancing on the paper, was translated into fabric. Their messages give food for thought – a moment of pause. They speak of rejected and renewed ideas, of destruction as a prerequisite to creation.

The drawings and paintings of the artist Philippe Vandenberg (1952-2009) forcefully denounce humanity. They are moving, provocative and force us to reflect. The central theme is the struggle of man with himself and with others, observed through the prism of cultural, political and social history. In Vandenberg’s art, this struggle is often critical, sometimes compassionate, but always imagined in rich color and with a dash of humor.

The pieces from the Spring/Summer 2023 collection featuring the work of Philippe Vandenberg will be jointly labeled RAF SIMONS / PHILIPPE VANDENBERG.