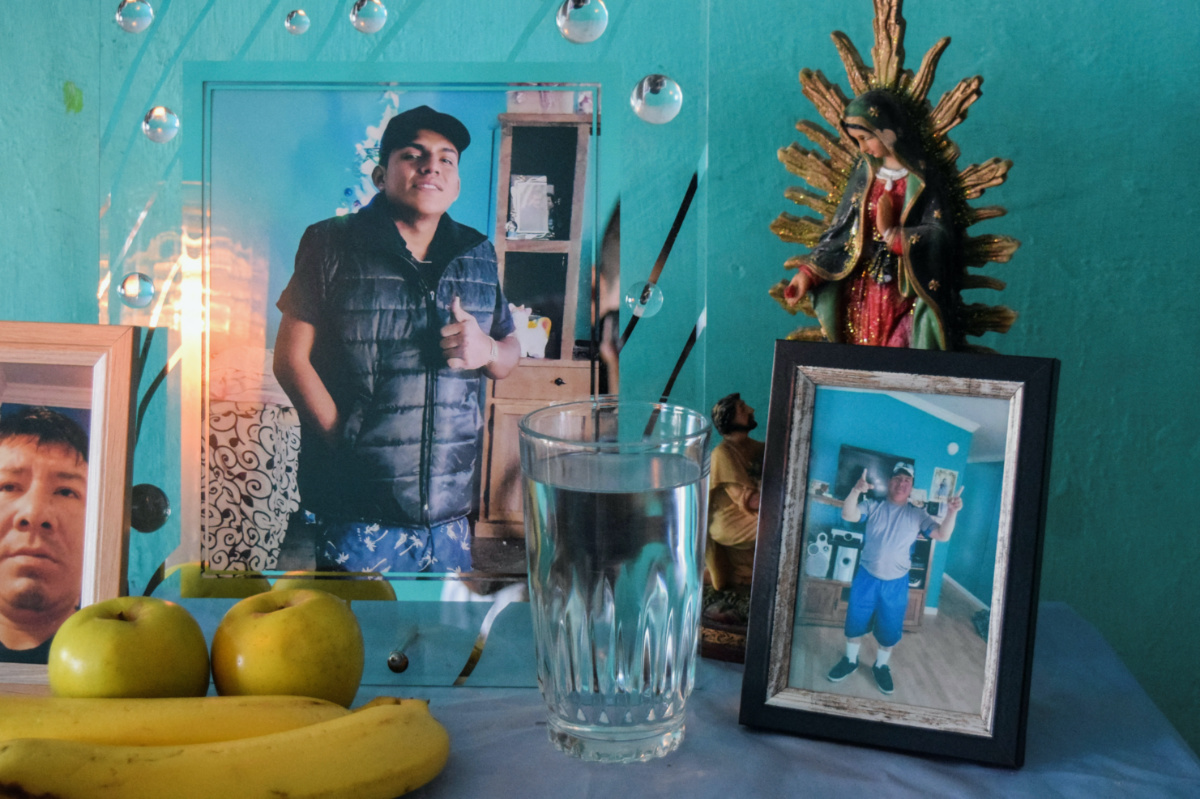 At first, Mexican migrants Pablo Ortega and Julio Lopez enjoyed the smuggling equivalent of a first-class ticket to the United States: free beers, shelters with video games, even a week on a hunting ranch.

Both had borrowed thousands of dollars and paid extra to secure what the smugglers promised would be a comfortable journey avoiding the worst dangers of illegal border crossings.

On June 27, their special treatment ended: huddled and gasping in the back of a sweltering tractor-trailer in Texas with more than 60 other migrants.

Almost all of them, including Ortega and Lopez, died in the sweltering heat. It was the deadliest American smuggling incident in recent times.

An altar dedicated to the late migrant Pablo Ortega Alvarez, who died of suffocation while smuggled into a trailer in San Antonio, Texas, US, is pictured at his family’s home in the town of Tlapacoyan, Texas State of Veracruz, Mexico, July 14. PHOTO: Reuters/Miguel Angel González

Their journeys, pieced together by Reuters via dozens of texts, photos and video messages with their families, offer a rare window into the world of human trafficking: an increasingly deadly billion-dollar business.

As tighter checks put migrants at greater risk, experts say smugglers are increasingly selling more expensive routes that they advertise as “secure”, “special” or “VIP”. These options generally promise transport by vehicle rather than crossing the desert on foot, as well as more comfortable stays.

As tighter checks put migrants at greater risk, experts say smugglers are increasingly selling more expensive routes that they advertise as “secure”, “special” or “VIP”. These options generally promise transport by vehicle rather than crossing the desert on foot, as well as more comfortable stays.

Embarking separately on their quest for a better life, they were told they would travel alone or in small groups, their families said. At least one other victim, Jazmin Bueso, 37, from Honduras, also paid for the more expensive trip, his brother told Reuters.

Ortega, a jovial 19-year-old wearing baseball caps over his dark hair, left in mid-May by bus from his home in Tlapacoyan – a hilly town in the southeastern state of Veracruz surrounded by plantations of bananas.

His girlfriend had just become pregnant, and Ortega was determined to get to Florida, where his mother lived. There he could earn money to send home to care for his future first child and save to build a house. 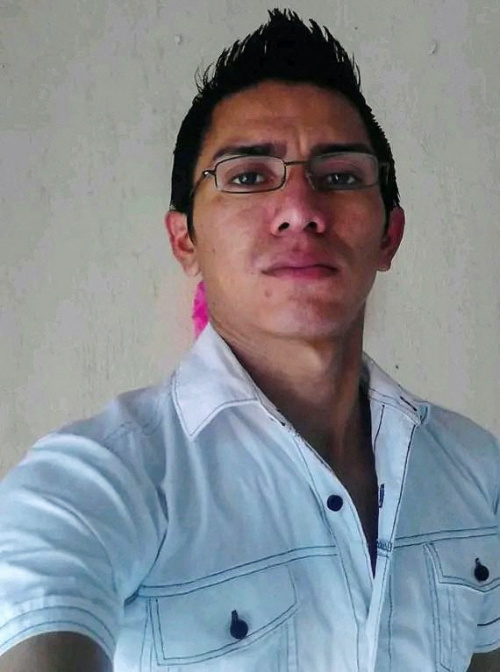 Late migrant Julio Lopez Lopez, who died of suffocation while smuggled into a trailer in San Antonio, Texas, US, is pictured in La Trinitaria, Chiapas state, Mexico in this photo undated received by Reuters on July 28. PHOTO: Reuters/Lopez family

Lopez left on June 8 from Benito Juarez in the state of Chiapas, in southern Mexico. A slim, 32-year-old sawmill worker with sincere dark eyes, Lopez hoped to send money home for autism care for her youngest of three children. This son’s name – Tadeo – was tattooed on his left arm.

“You will not cross the desert… there will be no danger,” Adriana Gonzalez recalls, after hearing the smuggler tell her husband on the phone before he left. “The trip you have is guaranteed, 100% safe.”

Violence, poverty and COVID-19 have accelerated migration from Latin America to the United States. Crossings from Mexico hit a record 1.7 million so far this fiscal year to June, while fatalities were the worst on record at 728 last year and are expected to keep pace or even exceed it in 2022.

Seeking to evade America’s ever-expanding border control infrastructure, smugglers are turning to riskier methods, including an explosion in the use of large 18-wheeler trucks.

Border deaths related to vehicles and transport have increased faster than any other cause, between 2020 and 2021, according to UN data.

To pay the smuggling fee, Ortega’s mother, Rafaela Alvarez, 37, sold a mobile home. But when he reached the border, guards said they wanted an additional $2,000 to take him on a safer route that avoided the desert, crossed the Rio Grande River, and traveled in a truck with three other people to in Houston.

Alvarez pawned gold jewelry to find the extra cash. She remembers specifically warning her son not to get into a crowded trailer.

“The air is going to run out,” she told him in a video call from the construction site where she worked and hoped he did too.

Over the next two weeks, Ortega sent photos and videos from a spacious, well-decorated house where he played video games and where smugglers offered him pizza and Tecate beer while waiting for the presence of border patrols decrease.

Ortega finally crossed the Rio Grande on May 29, but an American agent caught him beyond the bank and sent him back to Mexico.

After stealing from the northern Mexican city of Monterrey, smugglers took him to the border town of Matamoros.

For four days, Lopez stayed in a small warm concrete house with two other migrants. Then, smugglers guided Lopez through the Rio Grande in a boat and in a car, as he had been promised. But the next day, border agents stopped the car and sent Lopez back to Mexico. 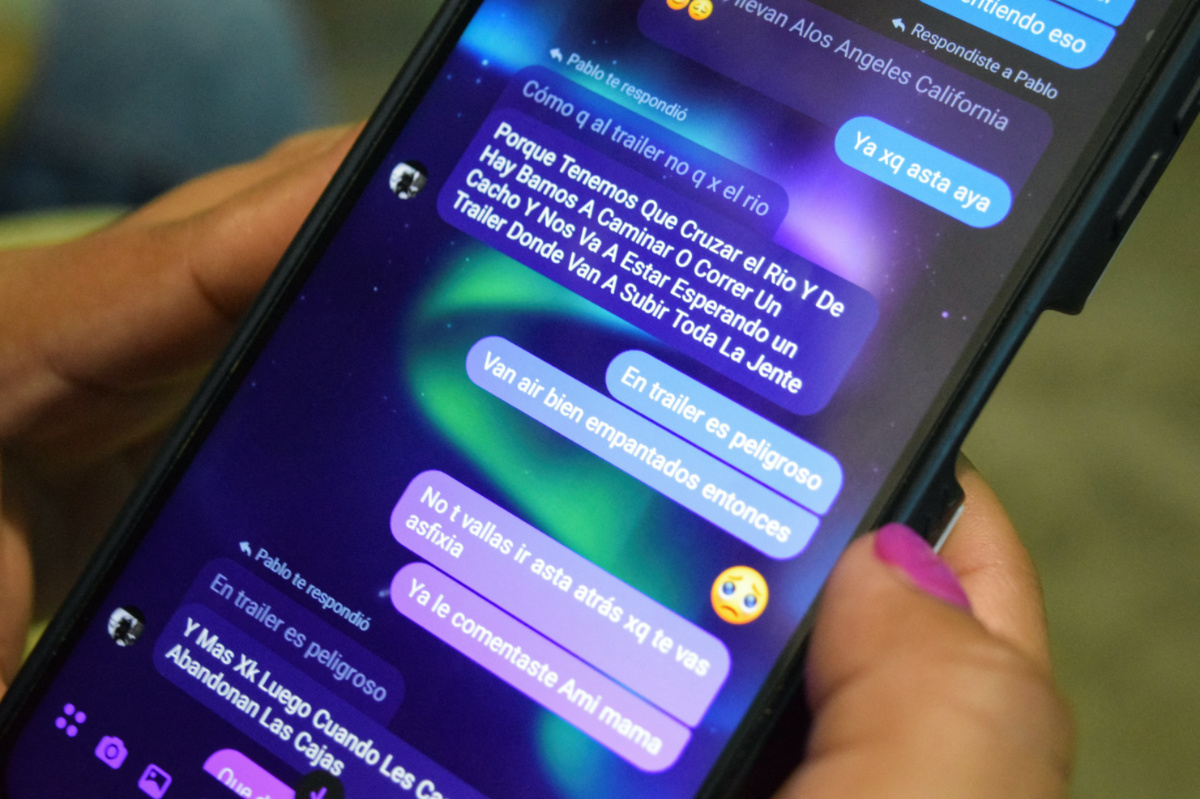 Rosa Esmeralda shows a message from her late brother Pablo Ortega Alvarez where he tells her that there will be a caravan waiting for her and another migrant after crossing the Rio Grande River before dying of suffocation while lying smuggled in a trailer in San Antonio, Texas, U.S., to the family’s home in the town of Tlapacoyan, in the state of Veracruz, Mexico July 13, 2022. REUTERS/Miguel Angel Gonzalez

On or around June 14 – his family isn’t entirely sure – Lopez crossed again, this time successfully. In Texas, he walked three hours through the desert to a private hunting lodge near Laredo where he stayed for about a week. A video Lopez sent to his wife shows a large wooden house, decorated with an American flag and wild deer skulls. “That’s super cool,” Lopez says in the video.

Meanwhile, Ortega had tried to cross. But the high waters of the river made the task difficult. At one point he saw a migrant drown in the strong current.

On June 17, he donned a red life jacket, gave a thumbs up in a selfie, and climbed into a small inflatable boat for what would, finally, be a successful trip.

A day later, he celebrated his 20th birthday with a mayonnaise sandwich at a Texas hideout. Although now on American soil, Ortega’s journey was not over: Border Patrol maintains checkpoints up to 100 miles inland.

“There’s only a little left [to go]“, he wrote to his sister. Two days later, she sent Ortega ultrasound images of her baby.

On June 21, Lopez made a final call to alert her family that smugglers would soon confiscate her phone. They were about to take him to another ranch where he would wait a few days before being smuggled past an inland checkpoint on the way to San Antonio, Lopez told Gonzalez.

“Tell my kids I love them and if I’m able to get through it, everything will be different,” Gonzalez recalled, telling Lopez.

The next day, Ortega, still in his safe house in Texas, told his mother that he was starting to worry about the number of migrants arriving. “We are a ton of people already,” he wrote.

Then the communication ceased.

We rely on our readers to fund Sight’s work – become a funder today!

A surveillance photograph obtained by Mexican authorities and published in a news report shows the driver, dressed in a black striped shirt, leaning out of the window with a broad smile.

A little before 6 p.m., a worker in an industrial area on the outskirts of San Antonio, more than 100 miles north, heard a call for help, which he followed to an abandoned trailer at the side of a road, according to local officials.

First responders arrived a few minutes later. Partially open trailer doors revealed piles of bodies hot to the touch, officials said. Other bodies were found sprawled on the ground and in nearby brush, according to court documents.

Temperatures in San Antonio had reached 39.4 degrees Celsius that afternoon, but responders found no water or air conditioning inside the trailer.

The death toll eventually rose to 53, including 26 Mexicans, 21 Guatemalans and six Hondurans. Police found the suspected driver hiding near the victims, allegedly under the influence of methamphetamine. 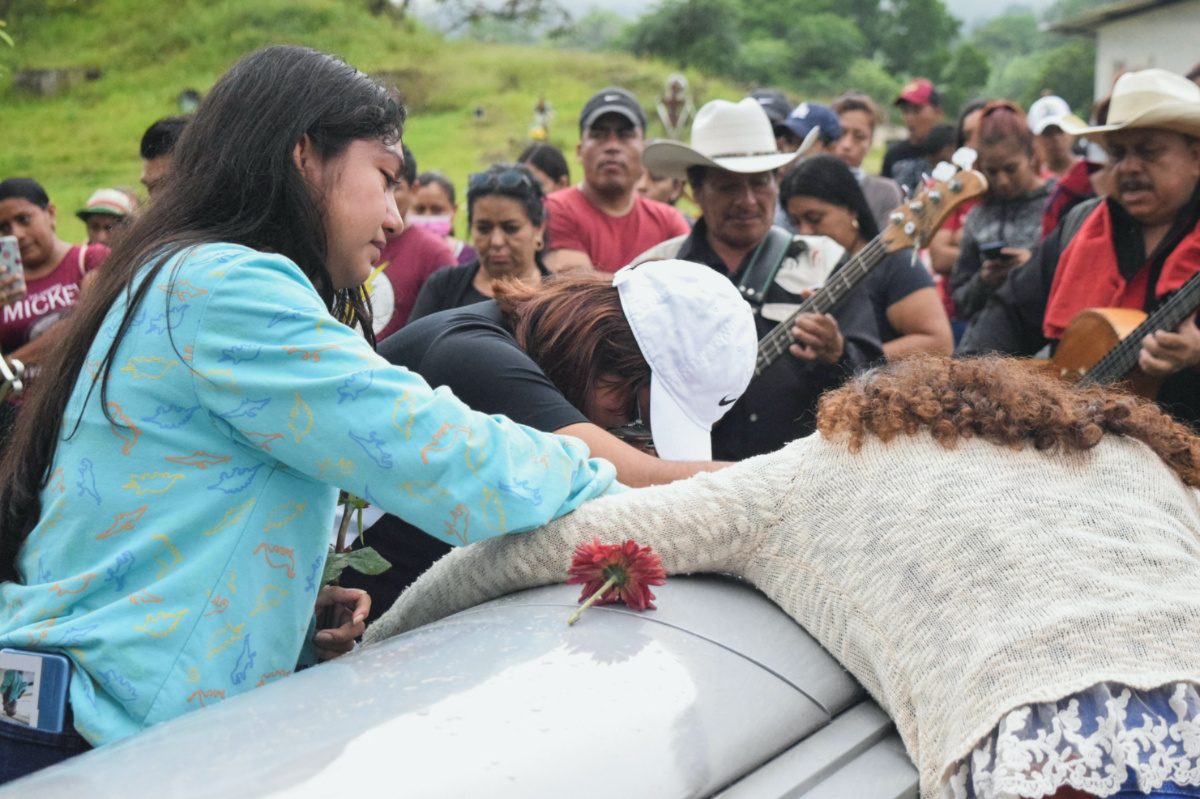 Relatives of late migrant Pablo Ortega Alvarez, who died of suffocation while smuggled in a trailer in San Antonio, Texas, USA, mourn his coffin during his burial at the local cemetery in the town of Tlapacoyan, in the state of Veracruz, Mexico, on July 15. PHOTO: Reuters/Miguel Angel González.

A US grand jury has indicted four men on charges related to the incident, ranging from illegal possession of firearms to smuggling charges that could carry life in prison or the death penalty.

By nightfall, the terrible news had spread throughout Mexico and Central America.

For more than a week, Lopez’s smugglers fueled her family’s hopes that he was still alive until Gonzalez identified her husband’s body through photographs on July 5.

Since her death, Gonzalez has said she has been unable to afford treatment for their autistic son.

Alvarez, fearing the worst, called Ortega’s smugglers more than 30 times to try to confirm his son was alive. They blocked his number.

When Alvarez traveled to San Antonio to identify Ortega’s body, it was the first time she had seen her son since 2014.

At the funeral in his hometown, a ballad played in remembrance of the migrants who suffocated in a Texas boxcar 35 years ago. Ortega’s family threw red roses at the grave as the lyrics rang out: “The air started to fail, and there was nothing they could do. No one heard those calls for help. ‘assistance.”

Her baby is expected on December 31.