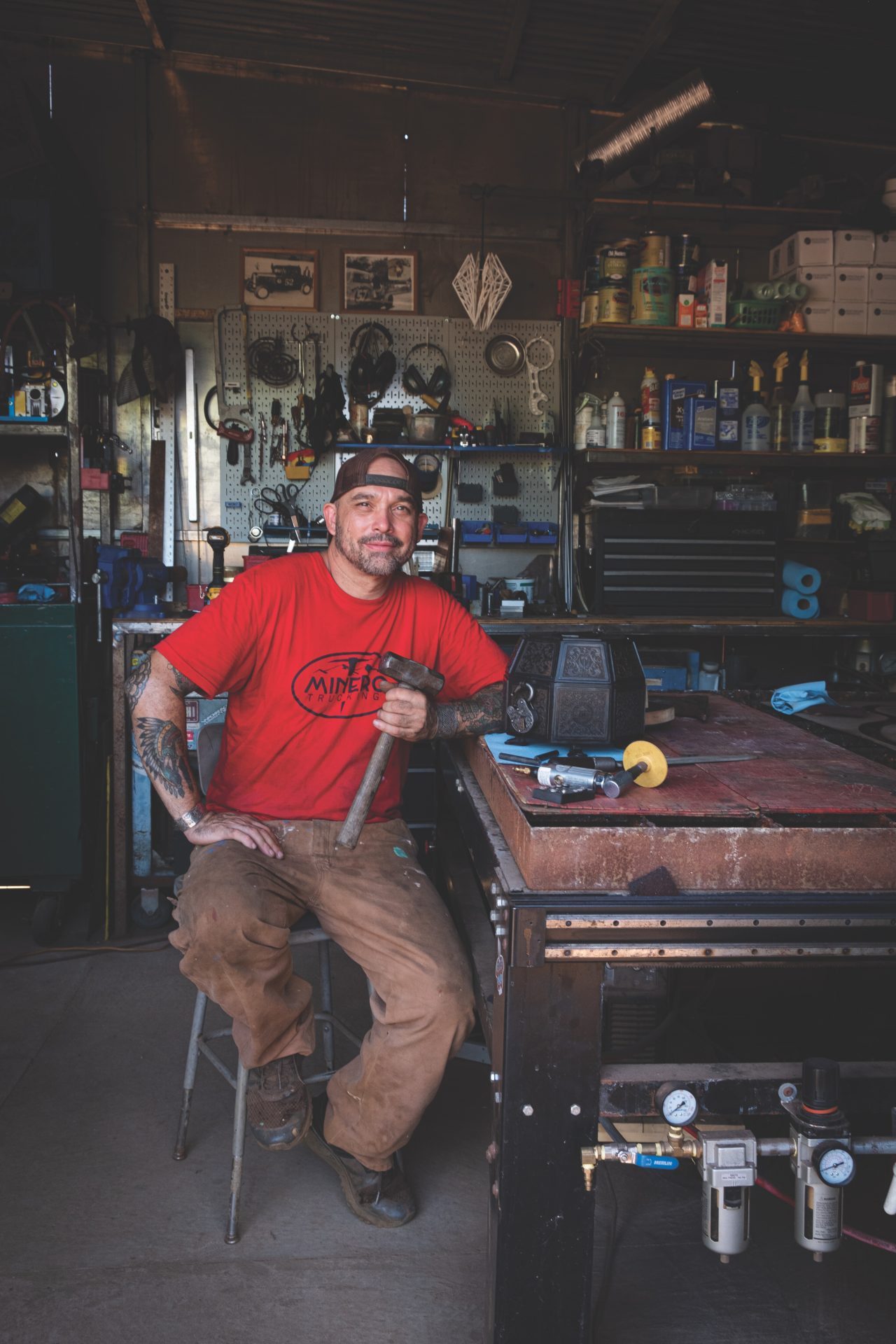 Labeling Hector Ortega a sculptor is, well, problematic. The 47-year-old Phoenix native creates sculptures, sure, but that barely scratches the surface of his multi-faceted artistic career. Ortega is also an established jeweler and goldsmith. So well established that he is best known as a blacksmith outside of fine art circles.

Explaining the dichotomy, Ortega says, “Metalworking skills are the foundation of everything I do with sculpture. It uses mind-hand skills, while emphasizing ornamentation.

Not only does Ortega carve steel and make jewelry, but he also makes his own tools, including intricate metal stamps for jewelry making — and the equipment needed to use those tools, like a 15th-century-style anvil. Ortega started making tools in his early twenties while studying CAD (computer-aided design) to become an architect because he was unhappy with the options available.

The transition from architecture to art is not entirely accidental. Ortega’s father is an architect, and growing up his playmates were the sons of Chris Coover and RJ “Bob” Bacon, who designed the Heard Museum and Boulders Resort & Spa respectively. “I started in CAD for money and thought I would do art on the side. I was afraid it wouldn’t provide me with a solid life,” Ortega says. “When I started making tools out of necessity, I realized it wasn’t a big step into goldsmithing and then into steel carving. I think very differently than most creative people.

Today, Ortega still quite literally has his hands in several fires. He makes metal stamps, designs silver jewelry, and personalizes just about anything (most recently, a game of thrones-esque crown), teaches metalworking and creates large-scale steel sculptures – two of which are at Hacienda Del Sol Guest Ranch Resort in Tucson.

What’s next for Ortega? Without hesitation, he declares: “I want to engrave sculptures. Nobody does that.