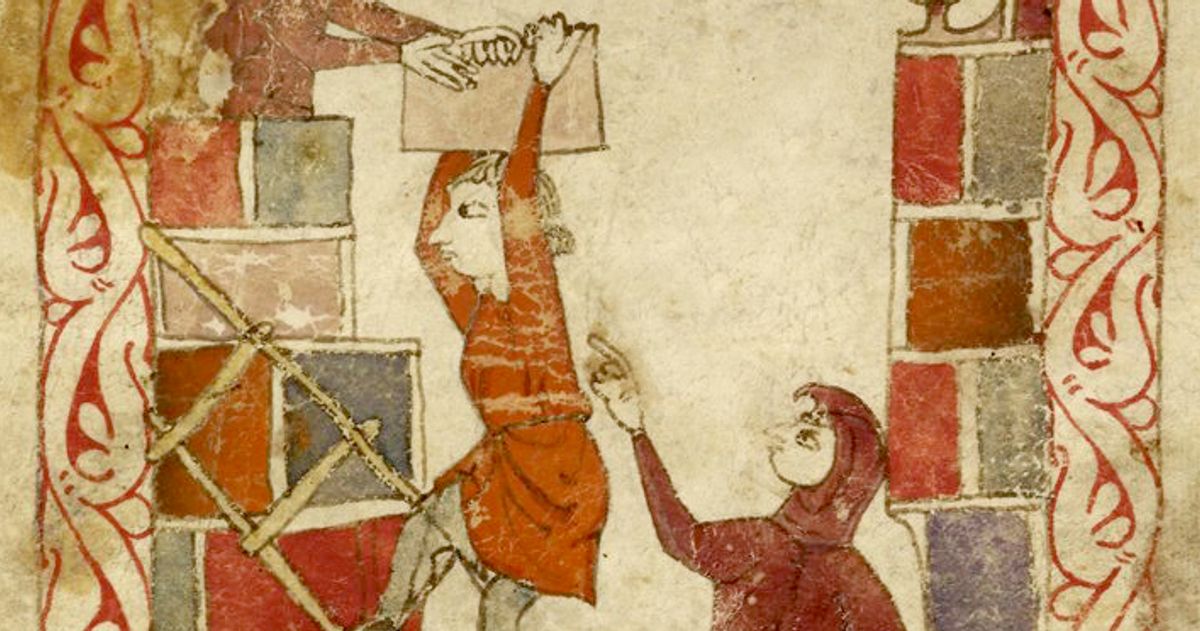 Can you imagine a European rabbinical court saying to the Jews in June 1945, a month after the defeat of the Germans and with the Holocaust barely over, something like: “Don’t hate the Germans, for you have stayed in their country for several hundred years?”

It’s unthinkable, isn’t it? Now go back to biblical times: read the story of Exodus, and you will see that the Israelites had barely left Egypt when the Torah commands, in Deuteronomy 23:8: “You shall not abhor an Egyptian , for you dwelt in his land.”

Notice that the word “slave” or “bondage” is totally absent here; only the Israelites residing in the land of the Egyptians are accented.

One would think that, given their long slavery, the Israelites would despise Egypt and the Egyptians and would never set foot in their land again, which is the attitude some Jews still have towards Germany today. , many of whom never experienced the Holocaust. Even more astonishing is the Torah’s lax attitude to socializing with the Egyptians: Given their experience, it would have been natural to tell former slaves not to associate with the nation and people who had kept the Israelites in bondage for several centuries. But in the next verse, Deuteronomy states that “the children who are born to them [the Egyptians] may be admitted into the Lord’s congregation in three generations,” a rather liberal attitude toward slavers. Compare this to the harshness of the Torah toward the Ammonites and Moabites (Deuteronomy 23:4, 5), who cannot “be admitted into the congregation of the Lord any of their descendants, even to the tenth generation, for they don’t have to meet you with food and water on your journey after you leave Egypt…”

A strange position, indeed. For the one time the Ammonites did not welcome the Israelites leaving Egypt, their descendants cannot enter the Israelite congregation. Yet the Egyptians, who had enslaved the Israelites for 430 years, had a special exemption. Why?

In Explore the Exodus, the famous biblical scholar Nahum Sarna posits that Israelite bondage was more like daytime slavery, where men left their homes to work during the day and returned at night. “There is no evidence,” he wrote, “that Israelite women were enslaved or that slavery involved the dissolution of the family unit.” Sarna then cites the famous verse from Exodus 3:22, where the women “borrowed” jewelry from their neighbors and the “tenant in his house” as evidence that “Hebrew slaves” and Egyptians actually lived side by side. The fact that an Israelite woman actually had an Egyptian woman residing in her home, perhaps even paying rent, puts another surprising twist on the economics of Avdutor bondage.

This closeness of the Israelites and Egyptians is further emphasized in Exodus 11:2, with God saying, “Tell the people that every man shall borrow from his neighbors, and every woman from hers, articles of silver and gold.” While at the beginning of the story only women were mentioned, here men are also featured. This borrowing is repeated for the third time in Exodus 12:35-36: “The Israelites had obeyed the command of Moses and had borrowed from the Egyptians articles of silver and gold and clothing. And the LORD had disposed the Egyptians favorably towards the people, and they left him to ask; so they stripped [in Hebrew: va-yenatzlu] Egyptians. (Other translations of va-yenatzlu include “exposed”, “exploited”, and “benefited from”.)

Adding to the rather unique servitude of the Israelites are their possessions: possessions and many sheep and cattle. When Moses asks Pharaoh for the Israelites to leave, he says, “We will all go, young and old….sons and daughters, our sheep and flocks…” In other words, the people will leave Egypt with all their wealth, for at that time, in that part of the world, sheep and cattle were considered wealth.

The wealth of the Israelites must have been impressive, for a cunning Pharaoh, suspecting that they could all go together and not just go out into the wilderness to worship, told Moses that the people may go there, even the children, “Only your flocks and your herds will be left behind. To maintain the herds of sheep and the herds of cattle, pastures and herders are needed for the animals. The women might have been shepherdesses, as Rachel was; or, most likely, with the load of the family, the men, with the young people, also took care of their herds while returning from work.

Thus, despite the burdens of bondage, the Israelites did not lack food; they had meat and dairy products from cows, sheep and goats. Later, in Numbers 11:5, we get a small catalog of foods other than meat that supplemented the diet of the Israelites. : “…the fish we used to eat for free in Egypt, cucumbers, melons, leeks, onions and garlic.” A fairly balanced diet for slaves, unlike 18th and 19th century black slaves in the United States, who were poorly nourished.

What, then, do we know of the precise nature of the bondage of the Israelites? “Then they set corvées over them to oppress them with hard labour,” Exodus 1:11 tells us, and verse 13 adds that “The Egyptians mercilessly imposed labors on the Israelites; they poisoned their lives with harsh mortar and brick work and in all kinds of work in the fields, with all the tasks they have mercilessly imposed on them.The only definitive citations of cruelty given to us are the Egyptian overseers beating the Israelite overseers, and the fact that an Egyptian defeating a Hebrew incites Moses to kill the Egyptian and become the Israelite leader. The word “slave” is not mentioned in this specific verse; Exodus 2:23 states that the Hebrews “groaned under bondage and cried out,” but there are no specific depictions of this mistreatment. And in Exodus 3:7-9, when God calls Moses and sends him to Pharaoh, He mentions “the fate of my people, the suffering, the ty rans, the cry of the Israelites, the oppression…” But here too, no cases of oppression are offered.

Yet despite all the hard work, once the Israelites were freed from bondage and left Egypt and thirsty in Rephidim, they “groaned against Moses and said, ‘Why did you bring us up? of Egypt, to kill us and our children and cattle are thirsty?'” And further, after hearing the negative report of the scouts who returned from the tour of the land of Canaan, the land promised to the people of Israel, the Israelites cry out to return to Egypt (Numbers 14:1-4), with the eloquent words: “If only we had died in Egypt…It would be better if we returned to Egypt…Let us appoint a leader and return to Egypt. And When Korah and his disciples complain to Moses (Numbers, chapter 16), Darthan and Abiram declare: Does he also rule over us? milk and honey”, which is synonymous with the Promised Land of Israel.

Presumably, after enduring slavery, the enslavement of others, and especially other Hebrews, should have been anathema to the people of Israel. Nevertheless, like other nations in the Middle East, they owned slaves. In fact, many Torah laws deal with this. For example, in Deuteronomy 15:12-17, if a man is eligible for release after six years of bondage and wants to remain with his master, his ear is pierced with an awl – to show everyone that he is a slave and that he is under contract. to his master in perpetuity. If during his servitude he changes his mind and leaves, the marking probably marks him as an escaped slave. Over the centuries, Jews continued to own slaves, even up to and during the Talmudic period, from about 200 CE to 500 CE. Ironically, on the Passover freedom festival, when the Jews celebrate their liberation from slavery, we read that the famous Rabban Gamaliel ordered his slave, Tebi, to “go and roast the Passover offering for us on the grill”.

None of these observations are intended to diminish the importance of the Passover or the Exodus story. But if we loosen our attitude toward the bonds of bondage somewhat, a more nuanced understanding of our history could emerge, one that gives us a more complex understanding of the anxieties, hopes, and motivations of our ancestors, and perhaps also ours.